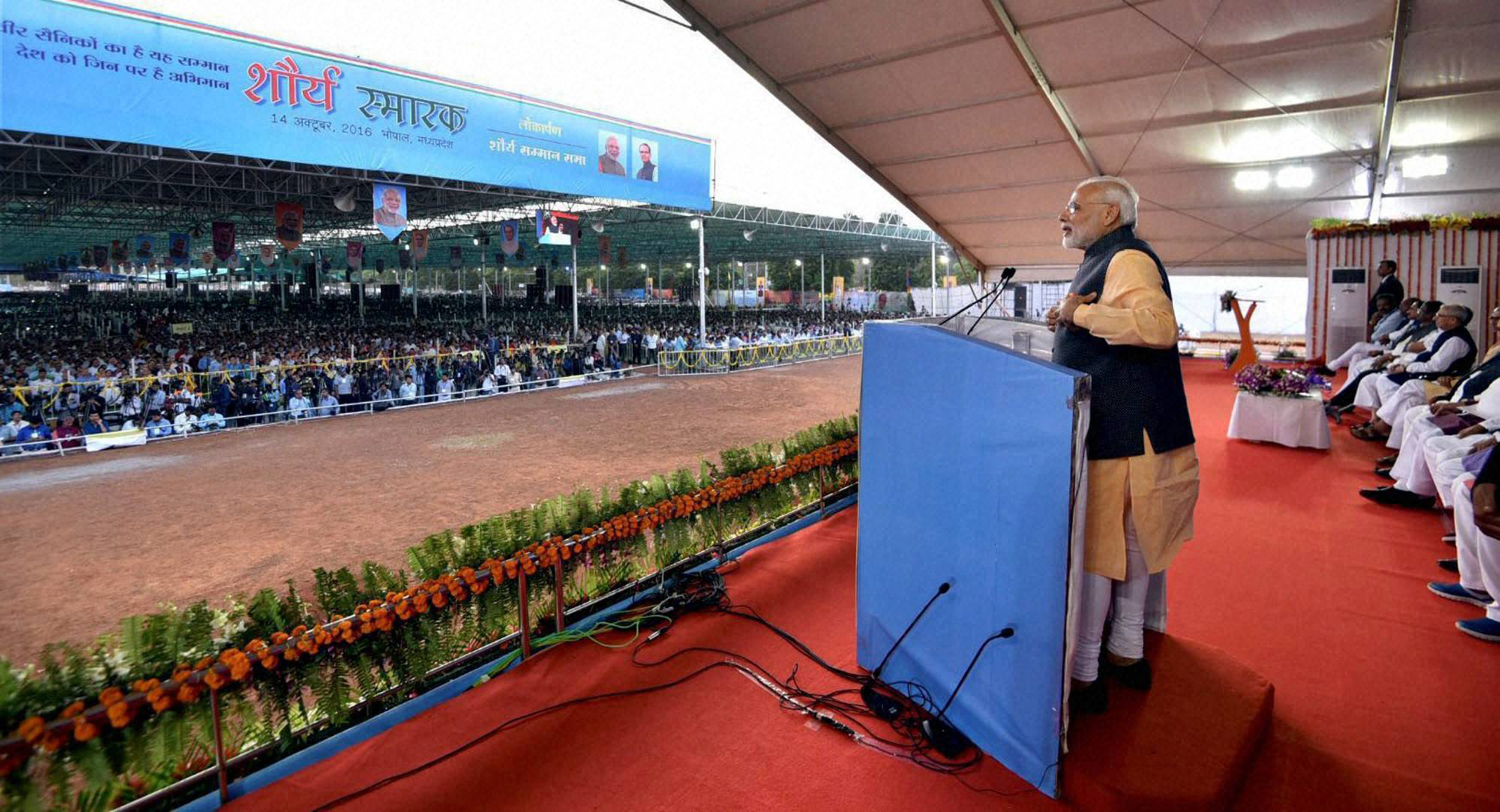 Bhopal, Oct 14 : The first image of a soldier may be that of a uniformed person with weapons, but soldiers also have a humane face, Prime Minister Narendra Modi said here on Friday.

“The first image of a soldier may be that of a uniformed person with bloodshot eyes, carrying weapons and looking for enemies, but the same soldier has a very humane face too,” Modi said here at the inauguration of ‘Shaurya Smarak’ a war memorial dedicated to the soldiers of India.

Modi said that be it the Uttarakhand floods of 2013 or the Kashmir floods of 2014, the Indian Army did a commendable job in saving thousands of lives.

“In Kashmir, our soldiers rescued and provided humanitarian aid to thousands of people without giving a thought that these are the same people who throw stones at the Indian forces,” he said.

“Sometimes these stones can be fatal. But despite that, our soldiers did not go into who did what to them in the past. They just saved the lives of their fellow countrymen,” Modi said.

The Prime Minister said the Indian Army may not be the strongest army in the world, but on the parameters of humanity, discipline, conduct and behaviour with civilians, the Indian Army is certainly on the top.