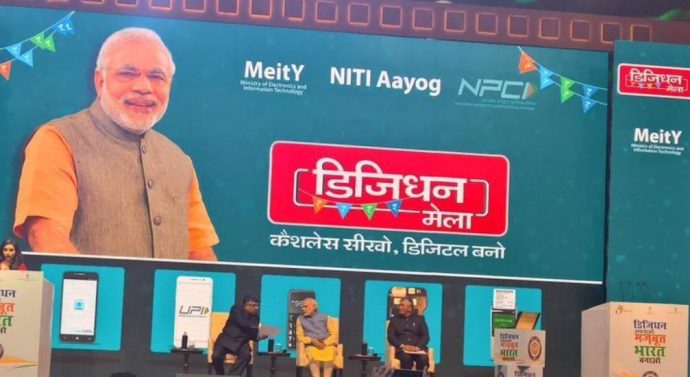 Speaking on the occasion, Modi said BHIM app was very simple to use and a thumb impression was enough to operate it.

“Be it a smartphone or feature phone of Rs 1,000-1,200, BHIM app can be used. There is no need to have Internet connectivity. One only needs a thumb. There was a time when an illiterate was called ‘angutha chchap’. Now, time has changed. Your thumb is your bank now. It has become your identity now.” Modi said that ‘Lucky Grahak Yojana’ and ‘DigiDhan Vyapar Yojana’ were a Chrismas gift to the nation.

Over 100 days, several prizes of Rs 1,000 will be given to people through lucky draws. The mega draw will be held on April 14, the birth anniversary of Babasaheb Bhimrao Ambedkar.

Will decide who will be UP Chief Minister: Mulayam

In a tit for tat, Russia to expel 35 US diplomats