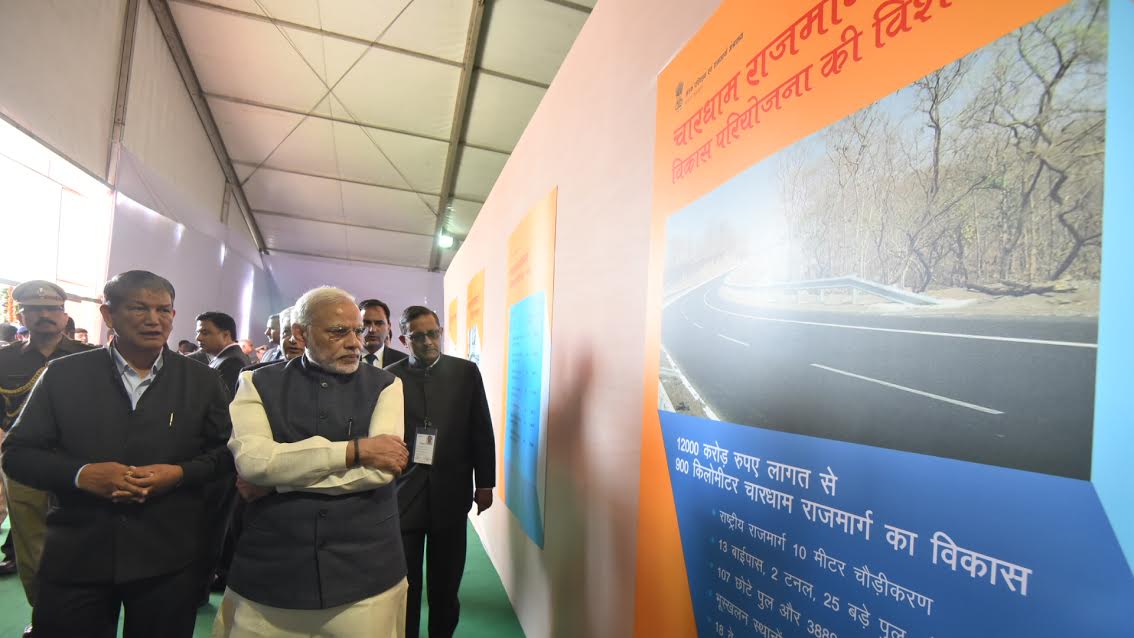 Dehradun, 27 Dec 2016 : Prime Minister Narendra Modi on Tuesday laid the foundation stone for Char Dham highway project in Uttarakhand, dedicating it to the victims of the 2013 flash floods in the state.

Addressing a rally here after laying the foundation, Modi said the Rs 12,000-crore project will not just ease travel to the four pilgrimage sites of Gangotri, Yamunotri, Kedarnath and Badrinath, but will also give a big boost to the state’s economy.

“This Char Dham project is a tribute to those who lost their lives during the Uttarakhand flash floods,” he said.

Over 5,000 people, including pilgrims, were killed in the flash floods that hit the Kedarnath Valley in June 2013.

“Earlier, pilgrims had to worry about getting stranded due to landslides and they would be anxious about the uncertainties. But, with this project, all the uncertainties will be gone and the pilgrims’ mind will be free from all worries,” he said. “This project will provide livelihood to the people, boost tourism and thus jack up the economy of the state,” said Modi of the project, which entails creation of over 900 km of roads.

He also said that of the Rs 12,000 crore, around Rs 3,000-crore project has already been sanctioned and tenders awarded.

The project involves building tunnels, viaducts, bridges and bypasses in the entire state, along with way-side amenities that will include helipad for emergency evacuation and parking facilities, among others.

I wasn’t elected to cut ribbons, will weed out graft : Modi