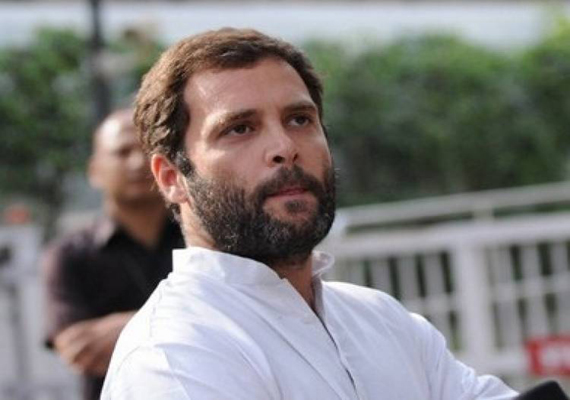 New Delhi, 14 Dec 2016 : Congress Vice President Rahul Gandhi on Wednesday alleged that Prime Minister Narendra Modi was himself involved in graft. He said he wanted to reveal it in Parliament but was prevented by the ruling majority from speaking there.

“I have personal information regarding corruption involving the Prime Minister. If I will speak, his balloon will burst. He is scared. Modi is personally terrified with the information I have,” Gandhi said.

“It is personal corruption of the Prime Minister. Thus, they (the government) are not allowing me to speak in Parliament,” Gandhi added.

The Congress leader was speaking to reporters after the Lok Sabha was adjourned for the day. Leaders of other opposition parties were also at the media conference.

Gandhi said he wanted to reveal the “information” in the Lok Sabha as he was the chosen representative of the people.

“Let us speak in Lok Sabha, we will reveal everything,” Gandhi said.

He blamed the government for not allowing discussion in Parliament as they were scared of the “information” Gandhi carried.

The government and the Prime Minister did not want the opposition to present their views in Parliament, Gandhi said.

“Prime Minister should stop making excuses and come to the house. He should allow all of us to speak. Let the country decide if the opposition is speaking truth or the Prime Minister,” he added.

Gandhi said that the country deserved an explanation from the Prime Minister since the demonetisation affected the people.

“He (PM) has taken a decision against poor people of the country. He has destroyed millions of lives. It is his personal decision. He is answerable.

“He cannot keep running away from the house. He cannot run away to pop concerts, to public meetings. It is democracy, so he owes us an explanation. He should speak in the house,” Gandhi said.

He has also requested the Speaker to allow the opposition to speak in the house.

“We have asked the Speaker that you can dispense all rules just to allow opposition to speak. It is our right. Later, let Prime Minister take whatever time he wants to talk.

“Why is he not coming to the house? Why are we not being allowed to speak?” Gandhi said.