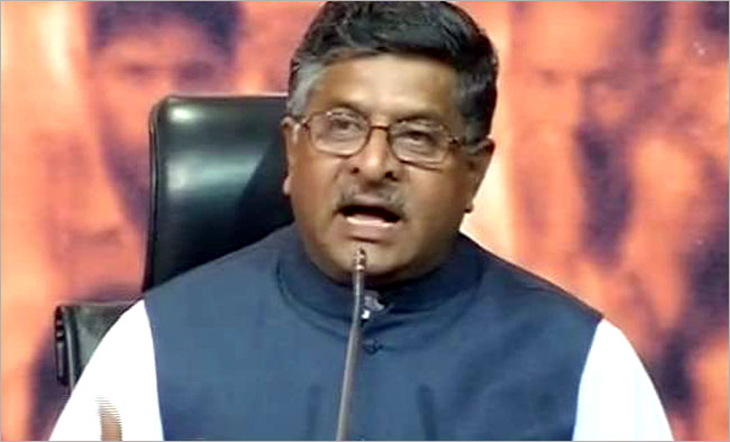 Hitting back at Gandhi, Union minister Ravi Shankar Prasad said the allegations reflected the Congress leader’s frustration and were an attempt to divert attention from the AgustaWestland probe in which the names of Congress leaders and the “family” were coming up.

“The allegations levelled against the Prime Minister are baseless, false, shameful and mala fide and they reflected Rahul Gandhi’s frustration in leading his party to disastrous defeats in state after state,” he told a press conference at the BJP headquarters.

Addressing a rally in Mehsana in Gujarat, Gandhi alleged that Modi as Gujarat Chief Minister had taken money from Sahara and Birla groups and demanded an independent inquiry.

Wondering why Gandhi did not raise voice against UPA government’s massive scams, Prasad said people of the country do not take the Congress Vice President seriously.

“There is no expectation from Rahul Gandhi who has demonstrated himself as the biggest partner of corruption during the 10-year rule of the UPA… Why he did not utter a single word when crores of rupees were being looted during Congress rule,” asked Prasad.

“Our Prime Minister is as pure as the river Ganga,” he said, adding even the Supreme Court had observed that there was no basis in the allegations.

He was referring to the Supreme Court rejecting a plea for a probe by a special investigation team against Modi on allegations that two companies paid Rs 65 crore to him ahead of the 2014 Lok Sabha polls.

Party spokesperson G V L Narasimha Rao said Gandhi was immature and was just indulging in bluff and bluster because people are not taking him seriously.

“People of India have stopped taking him seriously. Rahul Gandhi is just bluff and bluster. There is no substance in what he says. He is just showing his and his party’s incompetence,” he said.