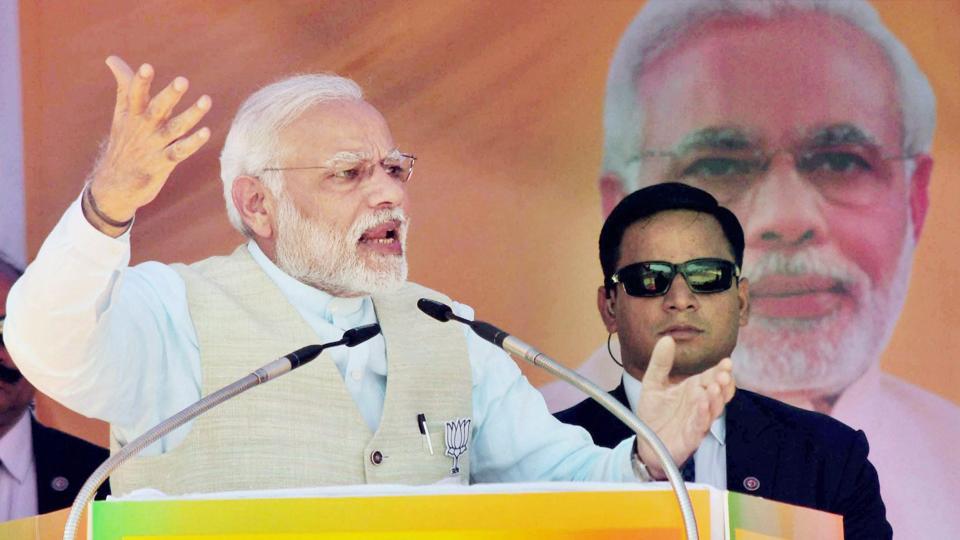 Lucknow, 23 Feb 2017 : Prime Minister Narendra Modi on Thursday returned fire to Uttar Pradesh Chief Minister Akhilesh Yadav on his “Gujarat donkeys” jibe, saying there was no need to be afraid of the animal that lived thousands of kilometres away.

Speaking at an election rally in Bahraich, Modi said Akhilesh Yadav should worry about his state where under his watch an entire police force was pressed into action to find a “lost” buffalo.

The Prime Minister, in fact, went a step ahead as people cheered him on and said that he himself drew a lot of inspiration from the Indian wild ass found in the Little Rann of Kutch in his home state.

Modi said: “The donkey does not only work relentlessly without a break, it also is very loyal to its ‘maalik’ (owner).” He was obliquely referring to the people of India as his owner.

The Uttar Pradesh Chief Minister on Monday at his Rae Bareli rally took a dig at Modi by asking megastar Amitabh Bachchan to stop promoting “donkeys of Gujarat” — a sarcastic reference to a tourism promo on wild asses that features the superstar.

The statement invited sharp rebuke from the Bharatiya Janata Party leaders who said that faced with an imminent defeat at the hustings, Akhilesh Yadav was speaking “absurd”.

The Prime Minister on Thursday also targeted the Samajwadi Party government for illegal mining, rising unemployment and poor law and order in the state.

Slamming the SP-Congress alliance, Modi said this was an “unholy nexus”, which was stitched up to make a last-minute bid to stay in power.

“The people deserve a government which rings in all-round development and not which has let loose lumpen elements,” he added.

The remarks came amid the hotly contested and bitterly fought Uttar Pradesh elections that started on February 11, and would complete in seven phases on March 8. The results will be out on March 11.

BJP, Shiv Sena neck and neck with 81 and 84 seats as counting nears end