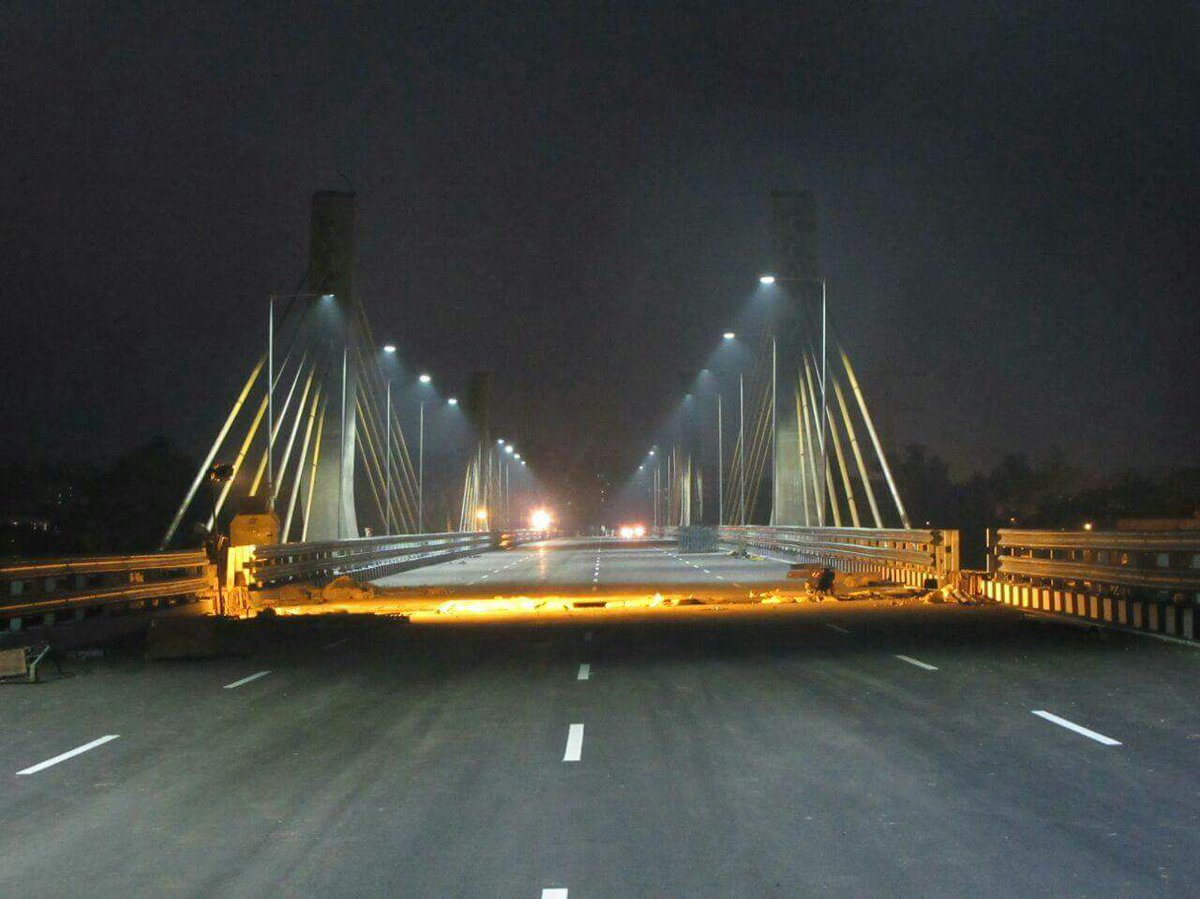 The bridge is part of Gujarat’s Golden Corridor starting from Mahesana in North Gujarat to Vapi in South Gujarat near Maharashtra border, where thousands of industrial units are situated.

The NH 8 also connects major Gujarat cities, except Surat, with India’s commercial capital Mumbai by road and hence the bridge to be inaugurated by PM Modi on 7th March would come as huge relief for people of Gujarat.

After inaugurating the cable bridge Modi will address a public meeting at the agriculture university in Bharuch. The Prime Minister would also take part in ‘Industry Meet’ at ONGG Petro Additions Limited (OPAL), Petrochemical Complex situated at Dahej near Bharuch as chief guest.

Subsequently, he would proceed to the State capital Gandhinagar to attend a special dinner organised at Chief Minister Vijay Rupani’s residence to be attended by Rupani’s Council of Ministers as well as BJP MLAs.

On Wednesday early Morning PM Modi will leave for coastal Somnath temple from Gandhinagar to offer prayer. Being a trustee of Shri Somnath Trust, he would also attend a meeting of the trust headed by former Gujarat Chief Minister Kehsubhai Patel. Interestingly this would be Modi’s first visit to the historic temple after he became Prime Minister in May 2014.

On March 8 afternoon, after returning from Somnath, he would address a conference of women Sarpaches in Gandhinagar. After addressing the conference he would fly back to Delhi in the evening.

Afghanistan wants Pakistan to act against all terror groups