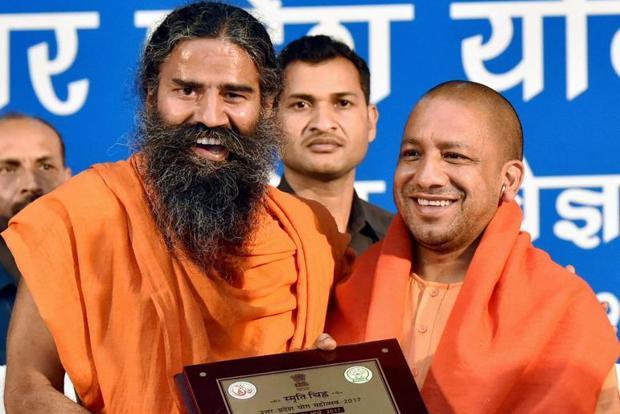 New Delhi, 29 March 2017 : Uttar Pradesh’s BJP chief minister Yogi Adityanath today declared “Namaz is similar to Surya Namaskar, there are many similarities in the posture” while addressing a yoga conference in the state.

The newly crowned Uttar Pradesh chief minister advocated “yoga for all” as he praised PM Narendra Modi for “making it universal”.

The opposition Congress party immediately hit back saying Yogi was “communalising” the issue.

“What a beautiful example of harmony. But some bhogis who do not believe in yoga, indulged in dividing the society on lines of caste, creed, religion and region among others,” he said.

“Before 2014, even talking about Yoga was considered communal. But things changed after Modi took steps to make yoga popular across the world,” he said.
UP CM Adityanath said, “Modi deserves all the credit for the global recognition which yoga has got” and referred to the UN declaring International Yoga Day on June 21. “The number of countries which participated in the International Yoga Day celebrations in 2015 was 175, which went up to 192 in the subsequent year.”

The Modi government had tried to push ‘Surya Namaskar’ and yoga as a compulsory drill for school students in India two years ago however the All India Muslim Personal Law Board (AIMPLB) came out strongly against the move declaring it against “beliefs of the Muslims”.