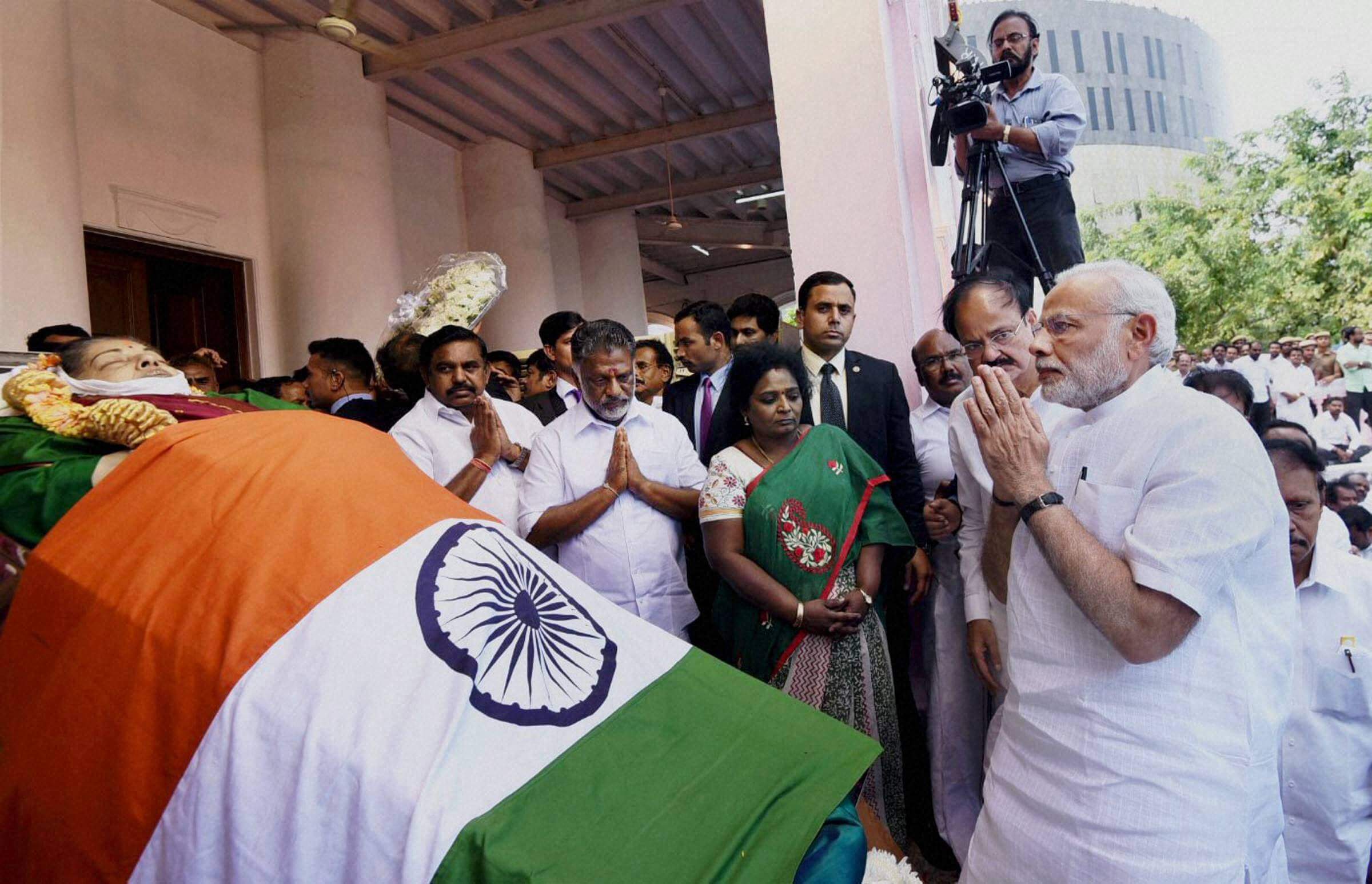 Modi flew down to Chennai in a special aircraft. From the airport he took a helicopter and landed near Rajaji Hall where Jayalalithaa’s tri-colour-draped body was kept for her followers to pay their last respects. Modi and Jayalalithaa enjoyed a good rapport.

The Prime Minister greeted the people lined up along the street with folded hands.

Modi laid a floral wreath on Jayalalithaa’s body as a mass of people thronged the public hall to pay their last respects to the AIADMK leader. Before leaving, the Prime Minister embraced Panneerselvam to console him.