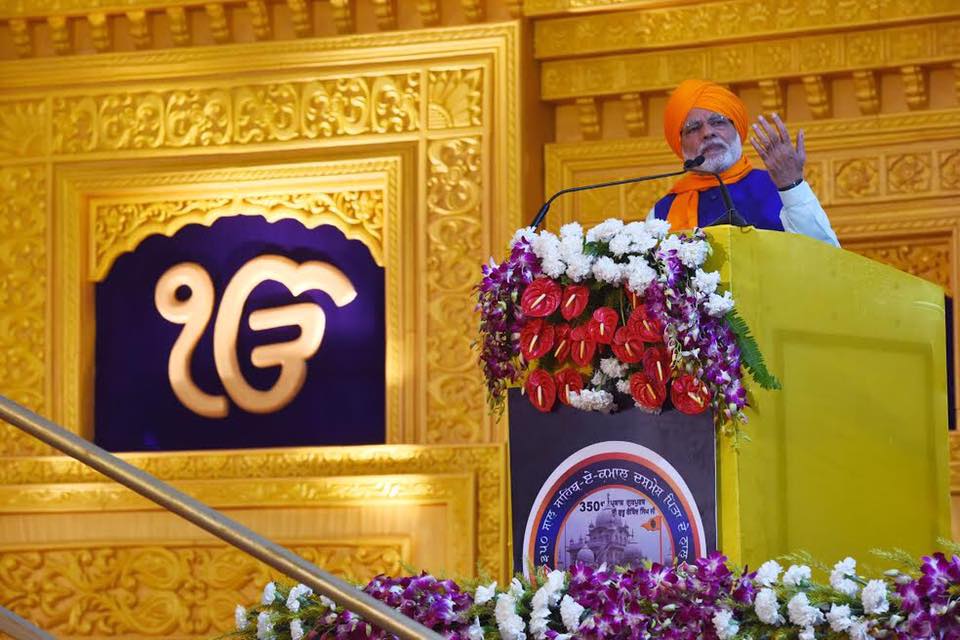 “Nitish Kumar, his government and the people of Bihar deserve credit for making arrangement on such a large scale for holding the Parkash Utsav,” Modi said while addressing the main function in the Darbar Hall of a makeshift gurdwara in a “tent city”, set up in historical Gandhi Maidan, in the heart of Patna. Modi mentioned Nitish Kumar not less than a dozen times during his address to praise him for holding the Parkash Utsav and his decision of total prohibition.”Nitish Kumar has worked hard, day and night monitoring and personally inspecting preparations for the Parkash Utsav for months. He deserves credit for this mega event,” the Prime Minister said. Modi said such mega Parkash Utsav in Patna will inspire all across the country.He has termed Nitish Kumar’s decision of prohibition a “brave step” for social change. “Taking an initiative for social change is very difficult, but Nitish Kumar has initiated it by enforcing prohibition. All people including political parties should back him for it.