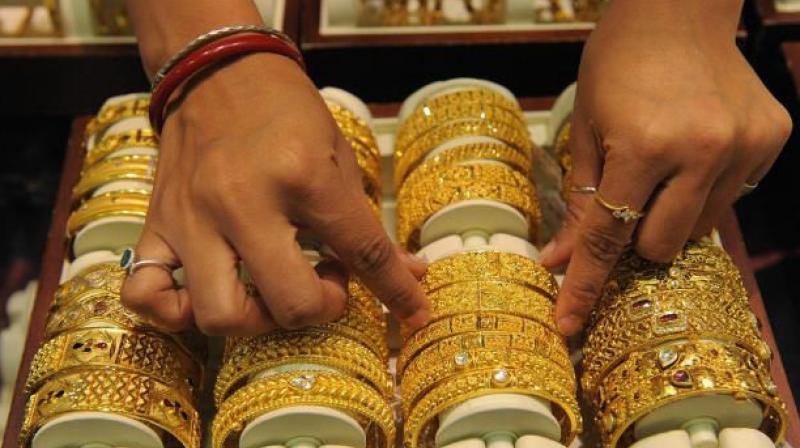 New Delhi, Dec 1 : In connection with search operations for black money, the government on Thursday clarified on the exemption limits for seizure of gold jewellery and ornaments as being 500 grams per married woman, 250 grams per unmarried woman and 100 grams per male member of the family.

“A reference to instruction No.1916 is … invited which provides that during the search operations, no seizure of gold jewellery and ornaments to the extent of 500 grams per married lady, 250 grams per unmarried lady and 100 grams per male member of the family shall be made,” a Finance Ministry release here said.

“Further, legitimate holding of jewellery up to any extent is fully protected,” it said.

The government clarification comes in response to apprehensions arising from the amendments to the tax laws proposed through the Taxation Laws (Second Amendment) Bill, 2016, passed earlier this week by the Lok Sabha to deal with the situation arising out of the November 8 demonetisation measure.

The Taxation Laws (Second Amendment) Bill, proposes up to 85 per cent tax and penalty on undisclosed wealth that is discovered by tax authorities during search and seizure.

The statement said some rumours going around recently that all gold jewellery, including ancestral jewellery, would be taxed at 75 per cent plus cess, with a further penal liability of 10 per cent of tax payable, were totally “unfounded and baseless”.

“It is hereby clarified that the Bill has not introduced any new provision regarding chargeability of tax on jewellery. The Bill only seeks to enhance the applicable tax rate to be charged in case of unexplained investment in assets,” the statement said.

The Bill, currently under consideration of the Rajya Sabha, seeks to amend Section 115BBE of the Income Tax Act to provide for 60 per cent tax and a 15 per cent surcharge on it for black money holders.

Another section provides for an additional 10 per cent penalty on being established that the undeclared wealth is unaccounted or black money.

“Tax rate under section 115BBE is proposed to be increased only for unexplained income as there were reports that the tax evaders are trying to include their undisclosed income in the return of income as business income or income from other sources,” the Ministry said.

“The provisions of section 115BBE apply mainly in those cases where assets or cash etc. are sought to be declared as ‘unexplained cash or asset’ or where it is hidden as unsubstantiated business income, and the Assessing Officer detects it as such,” it added.

24 killed in Iraq’s Mosul in IS attack