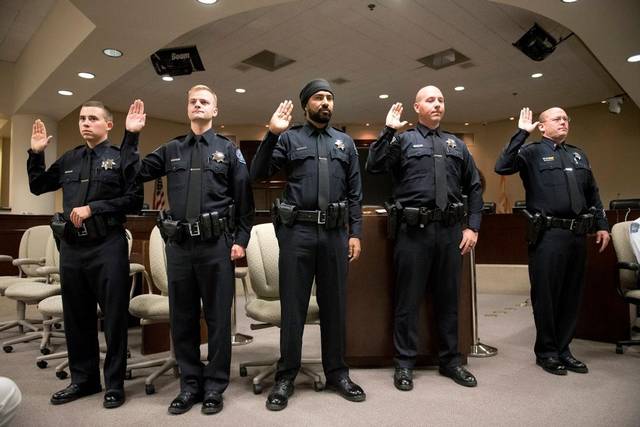 Under the revised policy, officers from the Sikh faith will be allowed to have beards that extend up to one-half inch from the face. The officers may also wear blue turbans — with a hat shield it affixed to it — in place of the traditional police cap.

“We’re making this change to make sure that we allow everybody in New York City that wants to apply and have the opportunity to work in the greatest police department in the nation, to make sure we give them that opportunity,” the commissioner said.

Standing alongside Sikh officers after the grand graduation ceremony, O’Neill the measures were aimed at making the NYPD “as diverse as possible”.

“We changed our beard policy and our head covering policy. It is a major change in our uniform policy, so we had to go about it carefully,” he said, as quoted in a New York Post report.