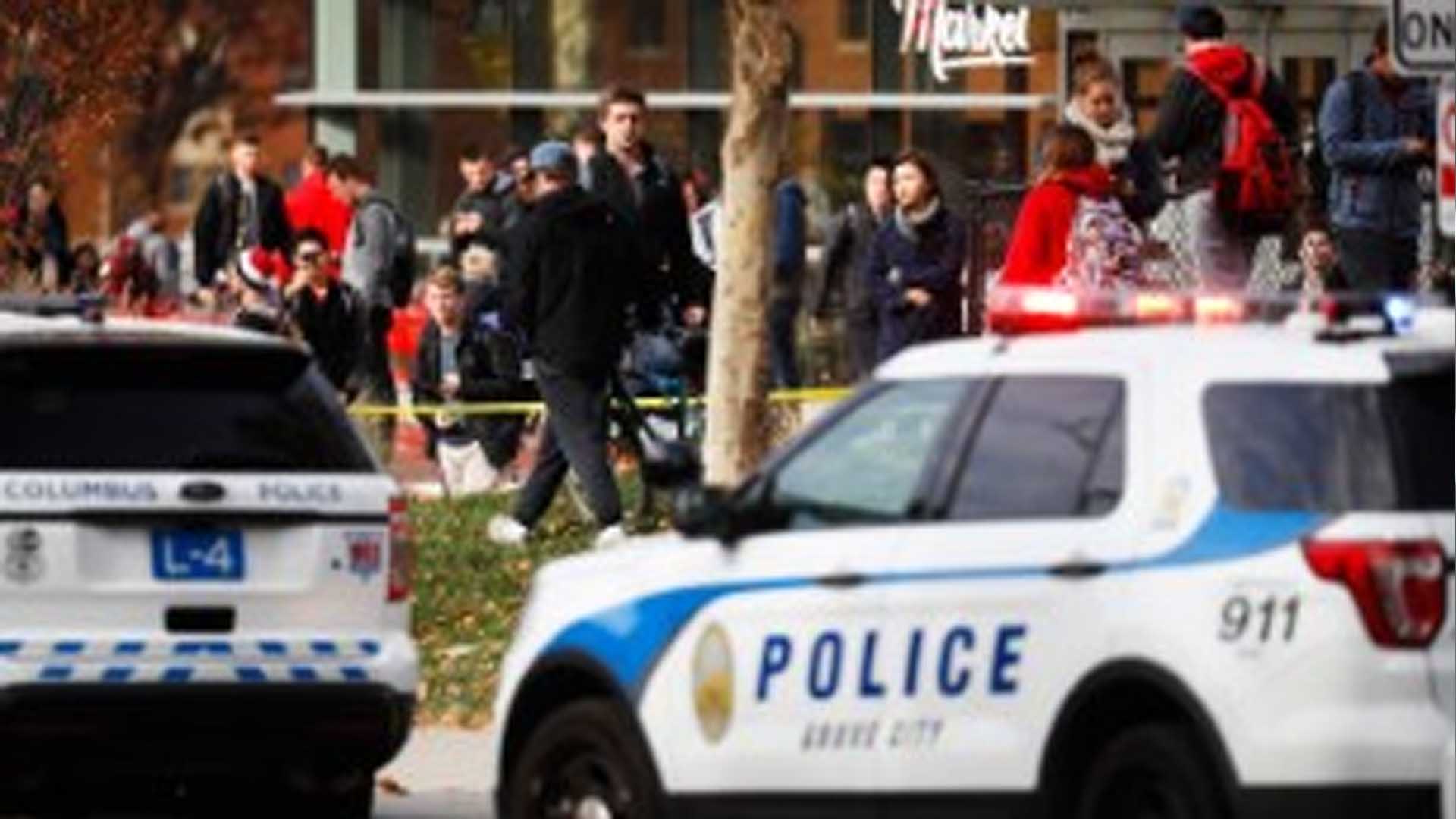 COLUMBUS, Ohio, 28 Nov 2016 : A man plowed his car into a group of pedestrians at Ohio State University and then got out and began stabbing people with a butcher knife Monday morning before he was shot to death by a police officer, authorities said.

Nine people were hurt, one critically, and police said they were investigating the possibility it was a terrorist attack. The FBI and other agencies joined the investigation.
Related Topics:attackCOLUMBUSFBIOhio State University
Up Next