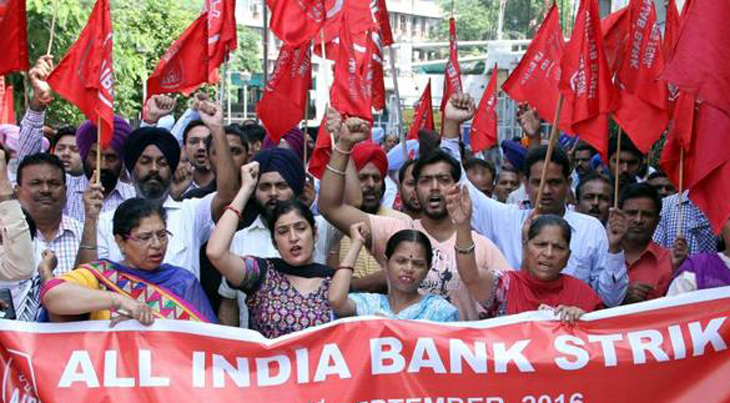 New Delhi, 21 Feb 2017 : Around one million bankers will go on strike on February 28 following the failure of conciliation talks between the United Forum of Bank Unions (UFBU) and the management, a union leader said on Tuesday.

The UFBU is an umbrella body of nine unions in the banking sector.

All India Bank Employees Association (AIBEA) General Secretary C.H. Venkatachalam said the Chief Labour Commissioner of the Ministry of Labour had called for a conciliation meeting in Delhi on Tuesday morning.

Representatives of the Indian Banks Association (IBA) and UFBU were present.

“All attempts to find solutions to the demands raised by the unions yielded no result. So the United Forum of Bank Unions decided to proceed with the proposed strike on February 28,” Venkatachalam said.