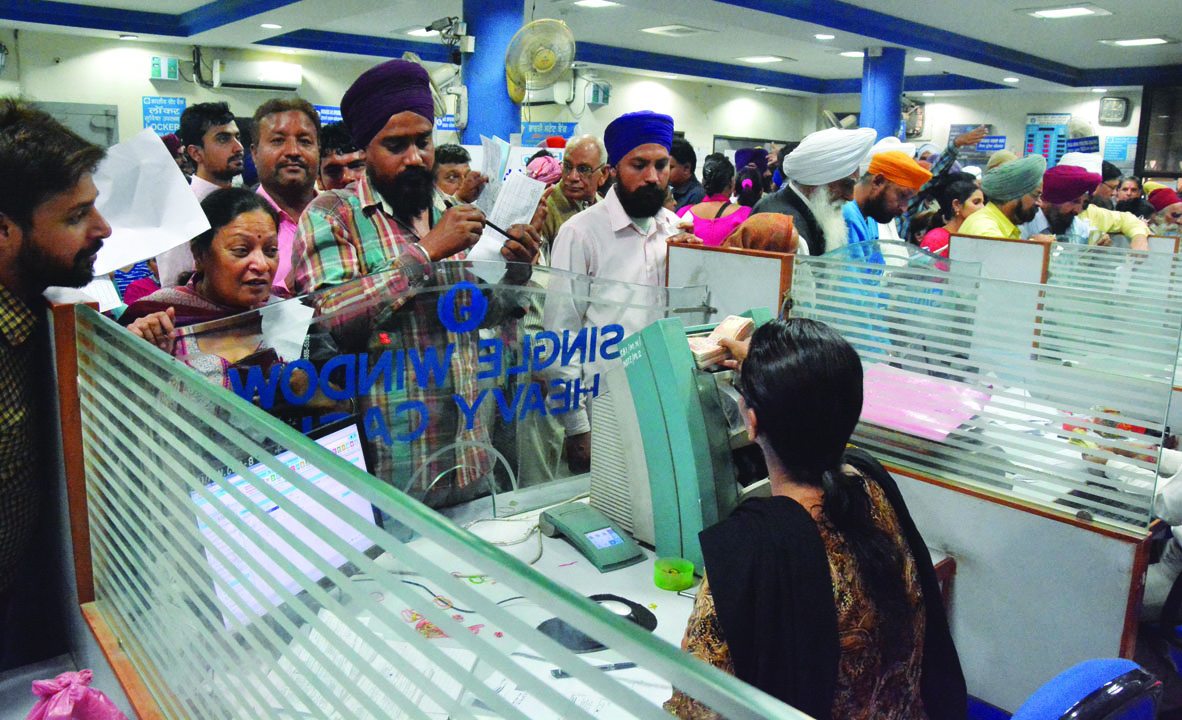 New Delhi, 19 Dec 2016 : Maintaining that most of the people by now should have deposited their demonetised currency in banks, the condition of making deposits of above Rs 5,000 only once till December 30 is aimed at reducing queues, the Finance Ministry said on Monday.

“It is expected that, by now, most of the people would have deposited such old notes in their possession. Keeping this in view and to reduce the queues in the banks, it has now been decided that amounts exceeding Rs 5,000 in old notes can be deposited only once between now and December 30, 2016,” the ministry said in a statement here.

“We want people to deposit old notes at one time. After December 30, things will improve at a great speed,” Minister of State for Finance Arjun Ram Meghwal told reporters here.

The Reserve Bank of India (RBI) on Monday restricted deposits of demonetised Rs 500 and Rs 1,000 notes in excess of Rs 5,000 only once till December 30 — after strict scrutiny.

According to RBI, when a person deposits over Rs 5,000 in withdrawn currencies, then credit shall be given to that person’s account only after questioning him or her, in the presence of two bank officials, as to why the notes were not deposited earlier.

Only after getting a satisfactory explanation, the credit would be given. The bankers will keep the explanatory statement on record for future audit trail.

Deposits of Rs 500 and Rs 1,000 notes up to Rs 5,000 in value received across the counter will be allowed to be credited to bank accounts in the normal course until December 30.

“The banks have been advised to conduct due diligence regarding the reasons for not depositing these notes earlier. Amounts of Rs 5,000 or less may continue to be deposited with banks in the customer’s account, as at present,” the Finance Ministry said in the statement.

“However, cumulative deposits exceeding Rs 5,000 between December 19-30, will be as per the procedures advised by RBI,” the Ministry added.

If the deposits are less than Rs 5,000 at a time but cumulatively the value exceeds Rs 5,000, then the bank officials have to follow the procedure of getting on record the explanation from the depositor why the deposit was not made earlier, RBI said.

In case of deposits into third-party accounts, banks can give credit provided there is specific authorisation given by the account holder to be presented to the bank and a valid identity proof of the depositor.

The above restrictions shall not apply to tenders of demonetised currency for the purpose of deposits under the Taxation and Investment Regime for the Pradhan Mantri Garib Kalyan Yojana, 2016 and are meant to encourage deposits under the latest black money disclosure scheme.

“An opportunity has been given to the public to make the payments towards tax, penalty, cess/surcharge and deposit under the Pradhan Mantri Garib Kalyan Yojana (PMGKY) 2016 with the old bank notes of Rs 500 and Rs 1,000 denomination up to December 30, 2016,” the Ministry statement said.

In its notification, the RBI instructed all the banks to give full credit to demonetised notes over Rs 5,000 only in the case of accounts compliant with ‘Know Your Customer’ (KYC) norms — meaning thereby that any amount can be deposited under the KYC norms.

If the accounts are not KYC-compliant, then the credit for deposits of demonetised currencies will be restricted to Rs 50,000.

The government demonetised Rs 500 and Rs 1,000 notes on November 8, saying the move was meant to fight corruption, black money and terror funding.