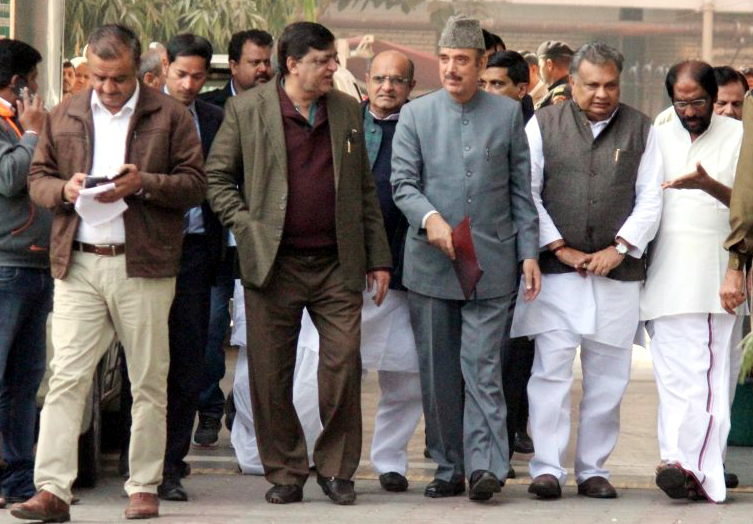 New Delhi, 5 Jan 2017 : Six opposition parties on Thursday urged the Election Commission to demand that the union budget must be deferred till assembly elections get over in five states.

“We told them that allowing the budget ahead of the polls gives an unfair advantage to the government and how the exercise can be used to influence the voters,” Congress leader Ghulam Nabi Azad told the media.

“Chief Election Commissioner Nasim Zaidi and his deputies heard us patiently,” he added.

The budget is scheduled to be presented on February 1, days before staggered assembly elections in Uttar Pradesh, Uttarakhand, Punjab, Goa and Manipur begin.

“There is enough time to present the budget after March 8. That is the fair way to do it. Not only the EC has to be fair but it has to be seen to be fair. We are optimistic,” said O’Brien.

“The budget is a constitutional duty and not related to any one state. The presentation of the budget is not a sudden decision,” said union minister Mukhtar Abbas Naqvi

“The opposition parties have gone bankrupt on issues. That is why they are trying to create an issue of a non-issue. The government has decided February 1 for budget presentation and irrespective of what the opposition says it will be presented,” added Naqvi.

BJP national secretary Siddharth Nath Singh said the opposition to the budget reflected the nervousness of the Congress and the Samajwadi Party.

“The budget is a constitutional mandate and has no bearing with elections. Every now and then we have elections… You don’t postpone a budget for that,” Singh added.