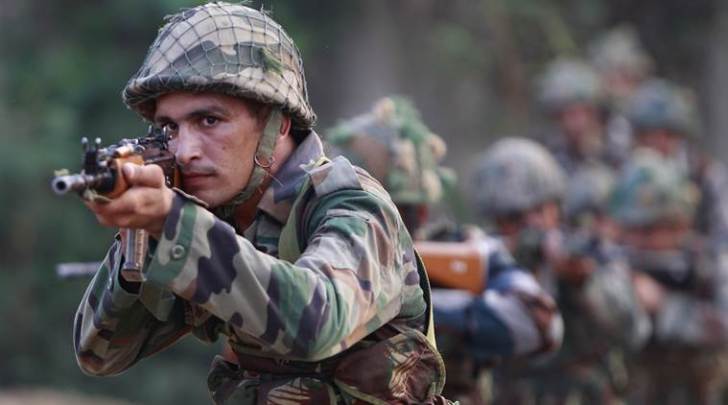 “Such attacks have taken place in the past too. We went there according to our plan, hit the target and returned, but these were never made public,” Deputy Chief of Army Bipin Rawat was quoted as saying, by the sources. New Delhi, Oct 18 : Parliament’s Standing Committee on External Affairs was on Tuesday informed that surgical strikes-like military operations had taken place in the past too but were never made public, informed sources said.

The matter came up in the meeting of the Standing Committee, attended among others by Congress Vice-President Rahul Gandhi, where the members were briefed by senior officers on India-Pakistan relations with specific reference to the September 29 cross-border surgical strikes.

Panel member Rahul Gandhi attended the meeting but did not raise any question, informed sources said.

The senior officials answered the questions raised by the committee members.

“Such attacks have taken place in the past too. We went there according to our plan, hit the target and returned, but these were never made public,” Deputy Chief of Army Bipin Rawat was quoted as saying, by the sources.

Rawat was responding to a member’s query on whether such surgical strikes have taken place in the past, the informed sources said.

This claim by the senior army officer is contrary to the remarks of Defence Minister Manohar Parrikar, who has claimed that surgical strikes like that of September 29 had never taken place earlier.

The opposition Congress has maintained that surgical strikes were conducted thrice during the party-led United Progressive Alliance (UPA) rule.

Speaking at an event in Mumbai last week, Parrikar dismissed the Congress’ claims of having carried out cross-border forays during its regime, and credited the September 29 strikes to all Indians and especially Prime Minister Narendra Modi.

The minister said claims by the Congress of having conducted strikes were being made now, and not when the purported strikes took place.

Sources also said that during the hour-long meeting the Foreign Secretary never used the word surgical strikes, and instead he used the words “professionally targeted counter attack on terrorists”.

In the meeting no video evidence was shown to the members and no member sought such evidence.

He also informed the members that there is no government policy with regard to ban on Pakistani artistes.

One of the members sought to know about action taken in Jammu and Kashmir to control the current unrest. The member also remarked that even after the surgical strikes, the condition in Kashmir Valley has not improved.

The Standing Committee on External Affairs has 31 members, including 21 from the Lok Sabha and 10 from the Rajya Sabha. It is headed by Congress MP Shashi Tharoor.

Last week, members of the Standing Committee on Defence were briefed on the surgical strikes, that came days after the September 18 terror attack on an army camp in Uri town of Jammu and Kashmir that left 19 soldiers martyred.