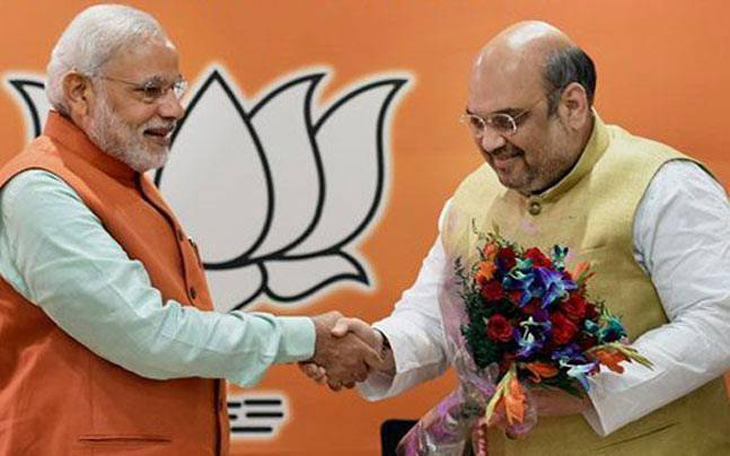 New Delhi, 6 April 2017 : Prime Minister Narendra Modi on Thursday congratulated BJP workers on the occasion of the party’s Foundation Day and assured them that the party’s efforts to serve the poor and the marginalised will continue.

“Guided by the Mantra of Antyodaya, our efforts to serve India, especially the poor and the marginalised, continue with great vigour,” Modi said in a tweet.

In a series of tweets, Modi recalled the hard work of generations of BJP workers stating that they built the party brick-by-brick with the aim of serving society.

Expressing his gratitude to the people, Modi said: “It is a matter of pride that people across India & across all sections of society have placed their trust in BJP.”

“In this journey of 37 years, the BJP has become a national party from a nationalist party and now the world’s largest political party,” Naidu said.

“Starting from an humble journey, we are the largest party with over 11 crore members, 353 parliamentarians and 1,385 MLAs,” Naidu told the BJP workers at the party headquarter.

Originating from Bharatiya Jana Sangh, founded in 1951 by Syama Prasad Mookerjee, BJP claims to be the largest political party in the world with 112 million primary members.

The Jana Sangh, after the Emergency in 1977, merged with several other parties to form the Janata Party. The Janata party dissolved in 1980 with the members of the erstwhile Jana Sangh reconvening to form the BJP.

At present, BJP is ruling in the Centre and 17 states, of which 13 are with party Chief Ministers and four with alliance partners.