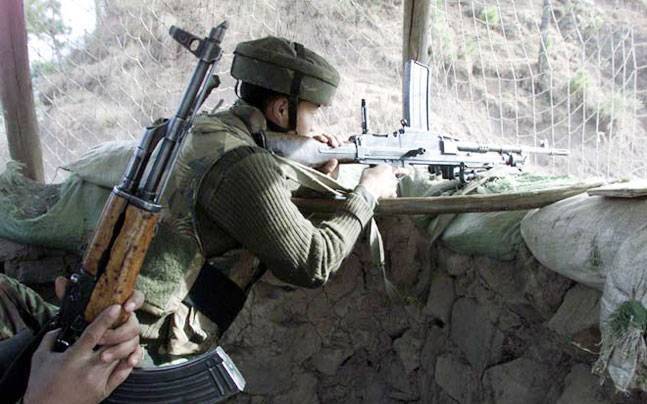 Jammu, 08 Nov 2016 : Pakistani troops on Tuesday continued to violate the LoC ceasefire with heavy mortar shelling and gunfire at Indian positions in Jammu and Kashmir’s Rajouri and Poonch districts, an army official said. Shelling commenced in Krishna Ghati sector of Poonch in the afternoon after Naushera sector of Rajouri in the morning, defence spokesman, Lt. Col. Manish Mehta.

“Our troops are adequately responding. Shelling and firing exchanges are still going on in the area,” he said.

“The Pakistan Army violated ceasefire in Naushera sector at 8.30 a.m. They used 82 mm mortars and automatics to target Indian positions in Laam area,” said Mehta, adding that firing exchanges were still going on in the area.