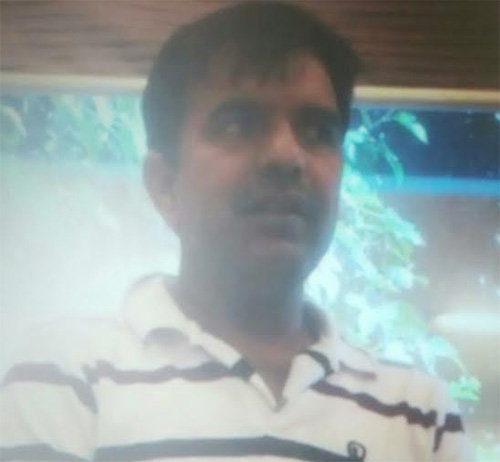 New Delhi, Oct 27 : India on Thursday asked a Pakistan High Commission staffer here to leave the country immediately for allegedly running a major espionage ring that was busted with the arrest of two Indians possessing sensitive defence documents to be passed on to the ISI. Basit was summoned after Delhi Police said they detained the embassy official, Mehmood Akhtar, a “kingpin” of the racket working for the Inter-Services Intelligence (ISI).

Akhtar was questioned briefly and let off because of diplomatic immunity, Joint Commissioner Ravindra Yadav of the Crime Branch told reporters.

Two Indian nationals, Maulana Ramzan and Subhash Jangir, also allegedly working for the ISI, were arrested and were being questioned, Yadav said.

Both are residents of Rajasthan. Police released a picture of the two.

The three were picked up on Wednesday near the Delhi Zoo when Ramzan and Jangir had come to hand over to Akhtar some secret information about the deployment of security forces at Indian borders.

“They had collected information regarding defense, BSF (Border Security Force) deployment on the borders” in Rajasthan and Gujarat and also carried maps of some Indian border positions, Yadav said, adding they also had information about several retired Indian Army personnel.

The joint commissioner said the Pakistan embassy official initially said he was an Indian citizen and also showed a fake Aadhar card in the name of Mehmood Rajput of Chandni Chowk in Old Delhi.

But when he was confronted that his ID was fake, he confessed he was from the Pakistan embassy and claimed diplomatic immunity.

Yadav said Akhtar was earlier working as a havaldar in Pakistan Army’s 40 Baloch Regiment. He was hired by the ISI in 2013 and posted in the visa section of the Pakistan High Commission to recruit Indian spies.

“He was a kingpin,” Yadav said.

The officer said one more suspect Shoaib, who is at large, was also a part of the racket.

The spy network, according to Yadav, was active for the last one and a half years but the suspects were under an Indian intelligence scrutiny for the last six months.

The arrests were made following a tip from the Intelligence Bureau.

This is not the first time that employees of the Pakistan High Commission have come under the radar over alleged espionage in India.

Last year, police claimed to have busted an ISI spy ring in the mission and five persons were arrested.