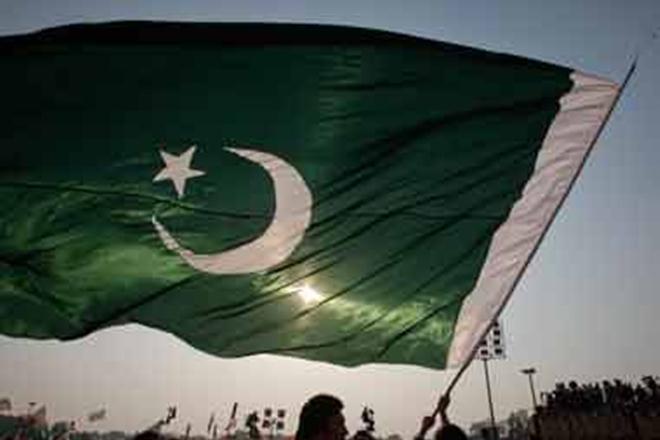 New Delhi, 22 Dec 2016 : Pakistan is on the verge of “multi-organ failure” due to its wrong policies on socio-economic, political, security and terrorism issues, according to a new book written by a former senior Indian intelligence official who served long years in Pakistan and specialised on Pakistan.

“The difference between the democratic journey of India and the military dictatorships in Pakistan provoked questions as to why the two have developed so differently,” Tilak Devasher, who retired as Special Secretary (RAW) in the Cabinet Secretariat, said at the launch of his new book “Pakistan: Courting the Abyss” (Harper Collins) at the India Habitat Centre here Wednesday evening.

“The growth of intolerance and radicalisation on the one hand and terrorism directed against India resulting in the deaths of hundreds of innocent Indian civilians on the other lent an ominous dimension to my questions,” he said.

“I was determined to understand what made Pakistan such a violent and inhospitable place, on the verge of being declared a terrorist state and the worst nuclear proliferator in the world. In short, why was Pakistan courting the abyss?”

Devasher stressed that his book was not about any comparison between India and Pakistan relations but a holistic work about Pakistan and the plight it has found itself in now.

At a panel discussion following the book launch, Ajai Sahni, Executive Director of the Institute of Conflict Management and the South Asia Terrorism Portal, said that Pakistan’s problems lay in the cynical exploitation of religion by its founder Muhammad Ali Jinnah.

“A lot of his problems have entrenched in the complex dynamics of the country,” Sahni said.

He stated that the reason for Pakistan’s entrapment was its role in terrorism. Sahni said children in Pakistan were being killed and the education system was in complete disarray.

He was of the view that though Islamabad was looking at Beijing for support, China was a “pragmatic power” and it would take whatever it needed but would give very little in return.

Lt. Gen. Syed Ata Hasnain, a retired Indian Army corps commander who led the crucial Kashmir-based 15 Corps and is a well known television panellist, said that there was an utter lack of clarity in Jinnah’s vision.

“The concept of a nation was not clear to them,” Hasnain said.

According to him, though there is a belief in Pakistan that terrorism and radicalism started during the tenure of the late President Zia-ul-Haq, the fact of the matter is that these started right from 1947 and were fostered by all its religious rulers despite many of them like Gen Ayub Khan and Gen Pervez Musharraf “not being believers”.

Hasnain, who recently participated in Track II dialogues with Pakistani counterparts, warned that there was a growing thinking in Islamabad that it was winning the proxy war against India, and said that India has not been able to communicate to its neighbour strategically that “Pakistan can never win this war”.

Sushant Sareen, Senior Fellow in the Vivekananda International Foundation, said that the real fault lines in Pakistan were the social and economic parameters and not the Shia-Sunni conflict. He said there should be a psycho-analysis of the Pakistani leadership and it remained to be seen whether the much vaunted China Pakistan Economic Corridor (CPEC) would be a “game-changer” for Pakistan, as it was being made out to be, or an economic burden.

Though the book is not about India and Pakistan, one chapter looks at how Pakistan is obsessed with military parity with India and its foreign policy is based on this. The book states, inter alia, that “Behind the purdah of the facade of the eighth largest army in the world lies the reality of Pakistan – a mass of illiterate and poorly educated people whose needs will increasingly not be met; a growing debt necessitating more loans to repay old debt. Yet, the purdah of the army and its nuclear weapons gives the illusion of things being in order. So long as the purdah holds, the reality of Pakistan will remain concealed. But can the purdah hold out indefinitely?”

In remarks printed on the back cover of the book, Husain Haqqani, former Pakistan Ambassador to the US, writes: “Devasher writes with empathy and his book is full of facts that cannot be ignored by Pakistanis and the rest of the world.”