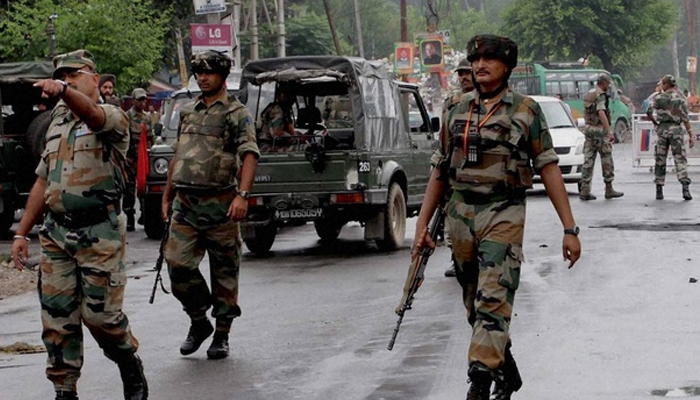 Jammu, 01 Nov 2016 : A teenaged girl was killed and four other civilians were injured as Pakistan troopers bombarded border areas of Jammu and Kashmir on Tuesday with heavy mortar shells, triggering mass migration from the bordering Samba district near here, the state police said.

A police spokesperson said the 16-year-old girl, Rosy, was killed in Jerda village of the district after she was hit by a mortar splinter.

“The BSF is retaliating effectively and heavy shelling and firing exchanges are going on,” the police official said.

The spokesperson said hundreds of residents were forced to abandon their homes in the Samba district along the International Border (IB). They used every mode of conveyance, even walked barefoot, to escape from the line of fire.

Dozens of cattle were reportedly killed or injured in the shelling.

Locals are worried about their harvest-ready ripe crops.

The Pakistan Army also resorted to heavy shelling and firing at Indian positions in Naushera sector of the Line of Control (LoC) in Rajouri district.

SRK not my back-slapping buddy: Anushka