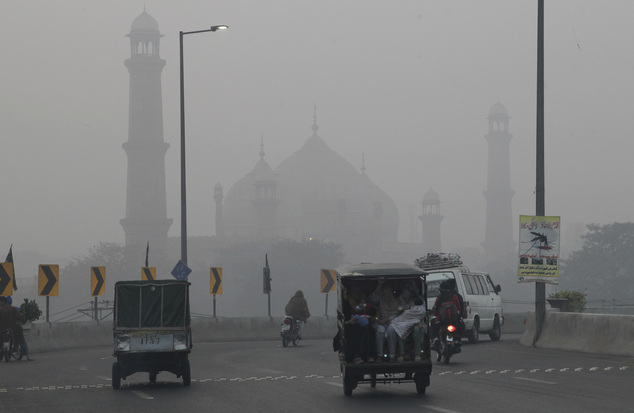 Islamabad, 07 Nov 2016 : In the past few weeks, Pakistan has blamed India for doing a lot of things to destabilise it from targeting Pakistani armed forces and civilians to promoting human rights violations in Kashmir to spying in Islamabad and trying to sabotage the China-Pakistan Economic Corridor. However, the latest salvo fired by Pakistan seems to have dwarfed all its previous accusations: that India is now the cause of air pollution in Lahore. Relying on a Nasa forecast (that doesn’t necessarily make a causal link between the two), a Pakistani media outlet has alleged that rather than vehicular and industrial emissions, the burning of 32 million tons of leftover straw by Indian farmers is causing high levels of “fires and thermal anomalies” and thus putting millions living in Pakistan’s Punjab at risk.

China says no change in its stand on India’s bid, Ahead of Vienna NSG meet