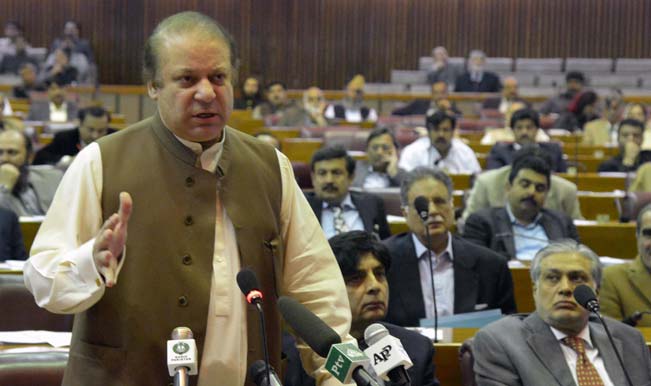 Islamabad : Pakistan Prime Minsiter Nawaz Sharif on Monday addressed a joint session of Parliament where he once again raked up the Kashmir issue. Sharif also praised terrorist Burhan Wani during his address and also mentioned Uri terror attacks, saying “India blamed Pakistan hours after the strike without any investigation”. During his 20-25 minutes address, Nawaz Sharif did not mention the surgical strikes carried out by the Indian Army across the LoC in a befitting reply to the Uri attacks.