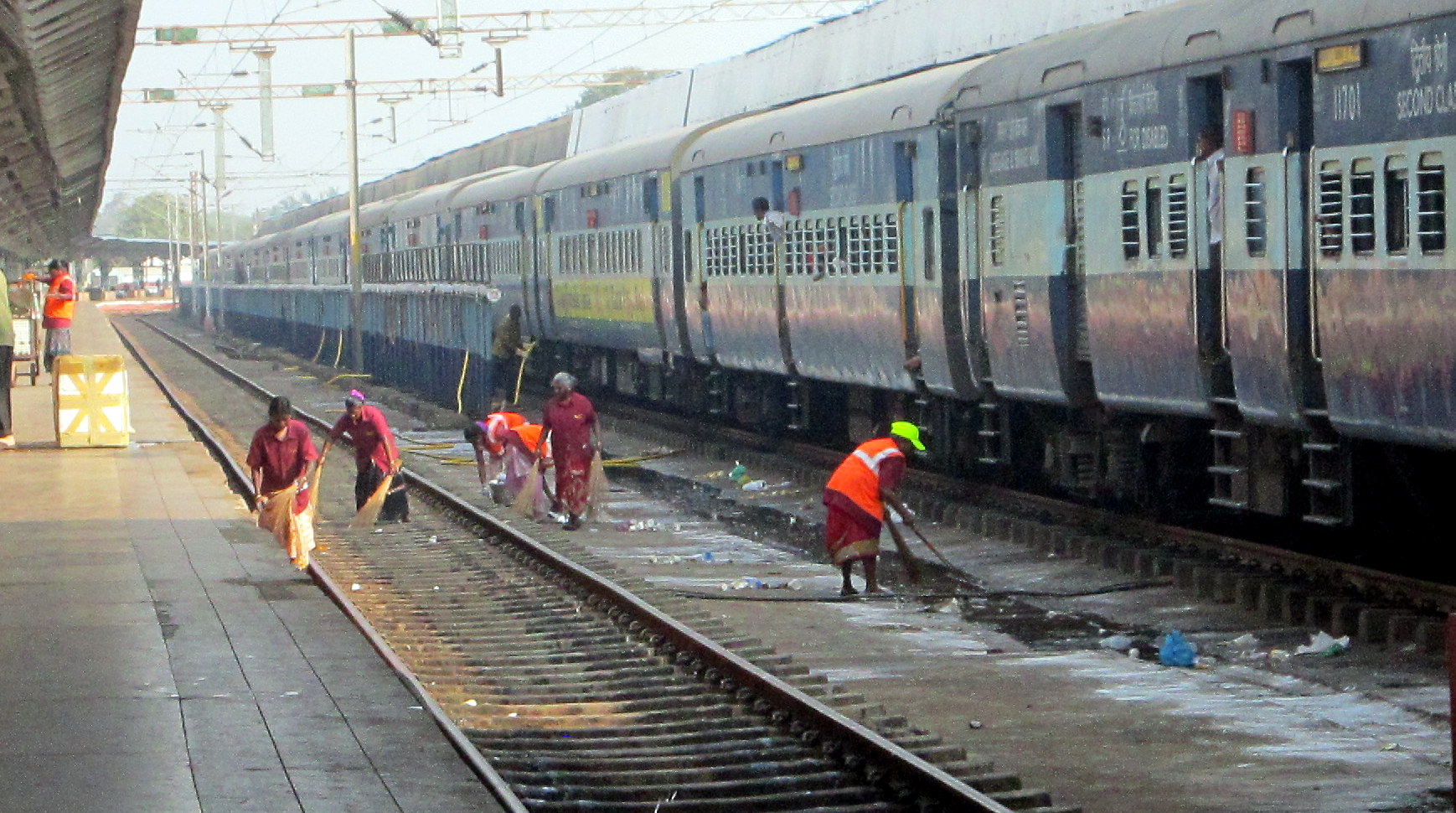 New Delhi, 21 Fen 2017 :  Passengers will now be involvedin judging cleanliness level of popular trains including Rajdhani, Shatabdi and Duronto as well as major stations across the country.

A passenger can send photos related to cleanliness in trains and stations to a central control room to be set up soon, said a senior Railway Ministry official involved with the cleanliness drive.

Trains and stations will be given ranking as per the survey results, he said.

The aim is to involve passengers in creating awareness about cleanliness on rail premises and also to keep it as a focused area for concerned staff, the official said.

Apart from all the premier trains, services of all Jan Shatabdi, Samparkkranti and inter-city trains will also be involved in the survey. Earlier, the Railways had undertaken a passenger feedback survey to evaluate cleanliness levels of major stations through IRCTC last year.

The survey was conducted by a professional market research agency engaged by IRCTC. It commenced in January, 2016 and the field data was collected by February, 2016.

The final report of the survey along with detailed analysis was presented to the Railway Board on June, 2016.

Based on the recommendations and the way forward given in the report for improving cleanliness standards at major stations, the Railways had issued guidelines to all zones in July, 2016 to undertake focused actions in relevant areas for improvement. As per the survey mechanism, there will be a sample size of about 50 passengers for premium trains and 30 passengers per journey for other trains.

At least four rakes for each train should be covered, said the official.

One million bankers to strike work on February 28