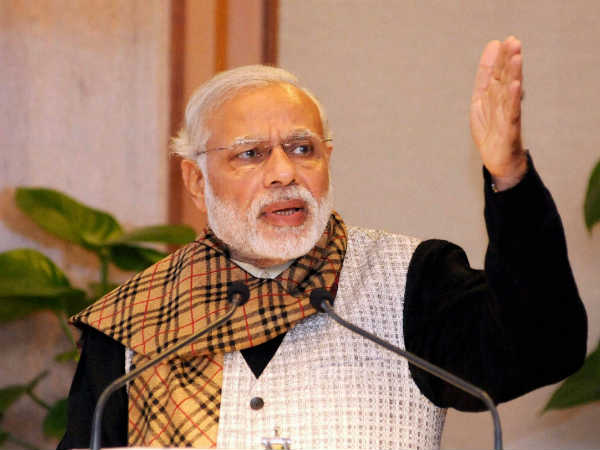 Hyderabad, 26 Nov 2016 : Prime Minister Narendra Modi on Saturday called for a qualitative change in the police force through a collective training effort.

Addressing top police officers, he said that technology and human interface are both important for the police force to keep progressing.

The PM interacted with police chiefs of states and union territories on various security related issues.

Modi recalled that today is November 26 – a day that a deadly terror attack struck Mumbai, and police bravely fought against terrorists.

The Prime Minister said that this annual conference has now undergone a transformation in the way it is conducted. He said it has become a platform for sharing experiences, which leads to good inputs for policy planning, but laid emphasis on concrete outcomes out of the actionable points that have been finalised.

On training, he said the development of soft skills is now essential, and should become a part of the training drill. Aspects such as human psychology and behavioural psychology should be vital parts of training, he added.

The Prime Minister said leadership skills are important, and the onus lies on senior officers to inculcate these skills in the police personnel.

On law and order, he emphasised the importance of foot patrolling and constabulary intelligence.

Modi launched a mobile app – Indian Police at Your Call. He presented the President’s Police Medals for distinguished service to officers of the Intelligence Bureau.

He obtained feedback from the top officials on various challenges to the internal security.

The Prime Minister, who had a night halt at the academy, began the day by participating in an hour-long yoga session with the DGPs, Inspectors General of Police IGPs) and other senior officials.

Modi also offered floral tributes at the statue of India’s first Home Minister Sardar Vallabhbhai Patel. He also laid wreath at the Martyrs Column to pay tributes to policemen who laid down their lives at the altar of the duty. He also planted a sapling in the academy premises.

The Prime Minister later had breakfast with the police officials. He also went around the academy to see the facilities for training of Indian Police Service (IPS) officers.

Union Home Minister Rajnath Singh, who inaugurated the three-day meet on Friday, also interacted with the heads of police forces.

Elaborate security arrangements have been made at the police academy at Shivrampally on Hyderabad-Bengaluru national highway.

This was the third conference being held outside Delhi. It was held in Guwahati in 2014 and in Bhuj in Gujarat in 2015.