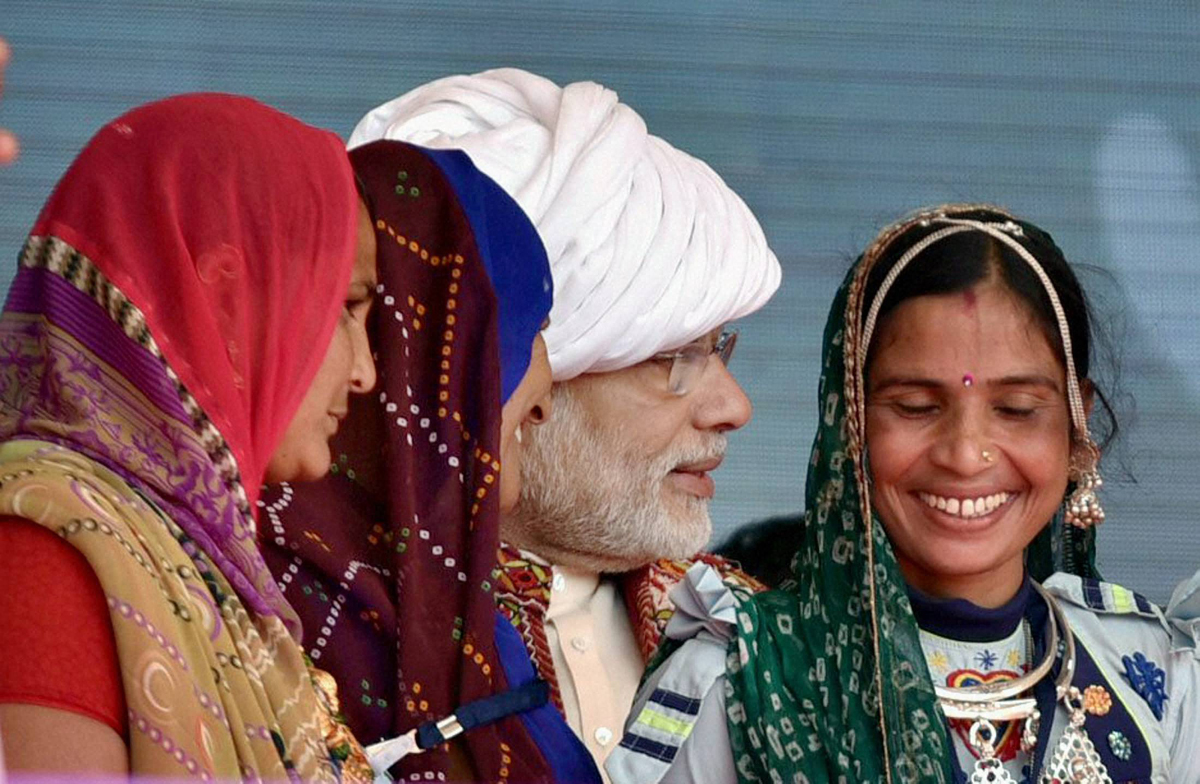 Deesa (Gujarat), 10 Dec 2016 : Prime Minister Narendra Modi on Saturday said people queuing up at banks and ATMs after demonetisation were doing so for the larger good of the country in keeping with its tradition of selflessness.

“In times of scarcity, the old people in our country leave something for the young and near and dear ones even if they have to undergo difficulties. This is our culture of selflessness,” Modi said while addressing a large gathering here in North Gujarat.

He was here to inaugurate the Banaskantha District Cooperative Dairy’s Rs 350 crore cheese and whey powder plant besides a whey facility.

He acknowledged the hardship the people were facing after the government scrapped old Rs 500 and 1,000 notes but pointed out they were willing to do so in the larger fight against black money and terrorism. Assuring the people that the situation would begin to normalise after 50 days and eventually be good for them, Modi said: “Everyone would start noticing and experiencing the difference.”

Modi referred to the logjam in the Parliament over demonetisation and said the Opposition had brought the situation to such a pass that President Pranab Mukherjee virtually pleaded them to let the houses function.

“Though the government has agreed the Opposition is not letting me speak in the Parliament over the issue. So I have to adopt this route (of addressing public gatherings),” he said.

“No opposition party whatsoever has asked me even once to roll back the decision of demonetisation. They have a problem only with the way it has been implemented.”

“Criticise me as much as you want, in whatever ways you want, but prepare people for electronic banking, teach them how to use it. It is the need of the hour,” the Prime Minister said.