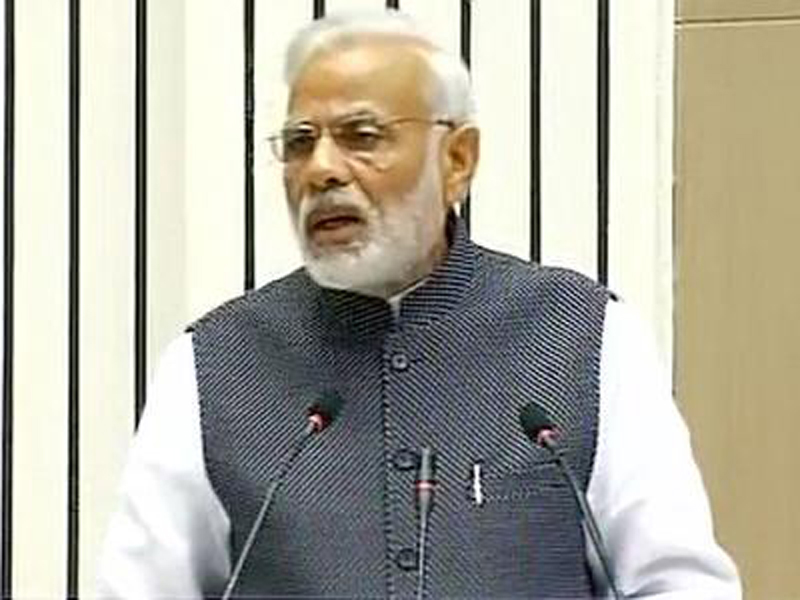 New Delhi, 16 Nov 2016  : Prime Minister Narendra Modi on Wednesday said the media was responsible for upholding the right to freedom of speech and stressed the self-regulation by the Fourth Estate.

“The press is responsible for upholding free speech,” Modi said while speaking at a commemoration event of the National Press Day at the Vigyan Bhavan here.

Quoting Mahatma Gandhi on the need to self-regulate, Modi said: “The government should not interferance in the working of the media.”

The Prime Minister said external control does not help in upholding the freedom of expression. “Internal discipline in the media is more important than any external intervention,” Modi said.

The Prime Minister said it is the media’s responsibility to make appropriate changes with time as many newspapers have shifted to digital mediums.

Citing the importance of self-regulation in the media, Modi said: “After the Kandahar plane hijack (in 1999) and the 26/11 Mumbai terror attacks (in 2008), we witnessed examples of media’s self-regulation.”

Referring to recent killings of media persons, Modi said: “Any death is worrisome, but journalists losing their lives just because they are highlighting the truth becomes even more serious.”

He termed the attack on media as the most cruel act.