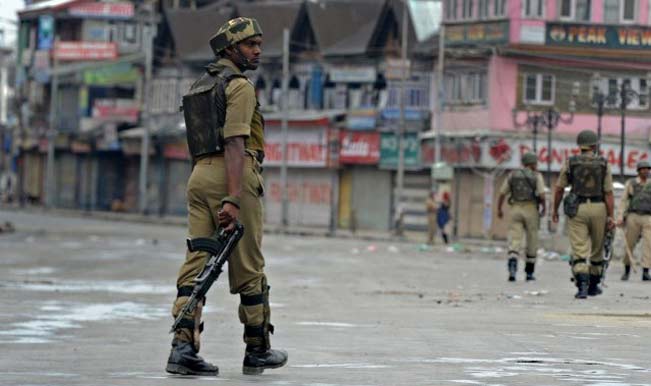 Srinagar, 29 March 2017 : Life across the Kashmir Valley was affected on Wednesday by the separatist-called protest shutdown against the shooting death of three civilians during security operations against militants and clashes broke out in some parts.

Clashes erupted in Baramulla’s old town and Palhalan town of that district as angry youths pelted stones at the security forces, forcing them to use tear smoke canisters to disperse the mobs.

Three civilians died in firing by security forces on protesters in Budgam where mobs tried to disrupt the operation against the holed-up militants.

In Srinagar, Independent legislator Engineer Rashid was taken into preventive custody along with some of his supporters as he was proceeding to lay a siege to Chief Minister Mehbooba Mufti’s residence in Gupkar Road area.

Rashid and his supporters were lodged in Rajbagh police station after their arrest.

Ahead of the planned protests, authorities in Srinagar and in all other district headquarters had made sufficient deployment of police and paramilitary forces to maintain law and order.

“Adequate deployments of security forces have been made in law and order sensitive areas,” a senior police official told IANS.

“No curfew has been imposed anywhere,” the official said.

Shops, public transport, other businesses and education institutions remained closed in Srinagar city and elsewhere in the valley although private vehicles movement could be seen on roads.

Technology is vulnerable but has to be used: Jaitley