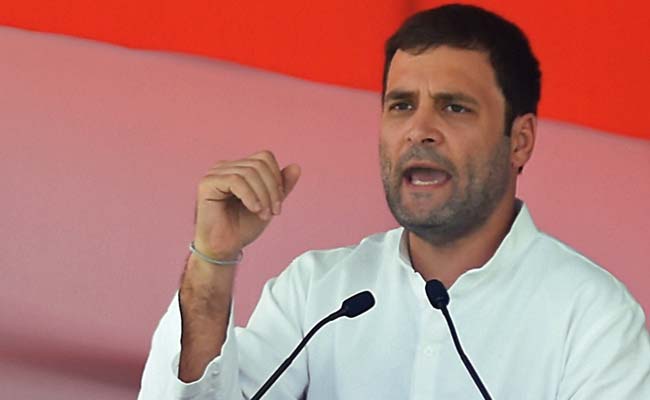 NEW DELHI: In a scathing attack, Congress vice-president Rahul Gandhi today said that Prime Minister Narendra Modi is playing politics over the blood of soldiers who have sacrificed their lives in Jammu & Kashmir.

“PM Modi doing ‘khoon ki dalali’ with the blood of our martyrs, You (PM Modi) are hiding behind the blood of our soldiers who have sacrificed their lives in Jammu & Kashmir and done surgical srtikes,” he said.

He also added that, “Modi ji promised bank accounts to everyone, but there is no money in those accounts. All his promises were fake”

Earlier today, Rahul targeted Modi over the IDS scheme alleging that he had failed to act against blackmoney despite his talk of “56-inch chest” to fight corruption. He criticised the scheme by and added that PM Modi has instead brought out a a scheme for turning into white the ill-gotten wealth of “thieves”.