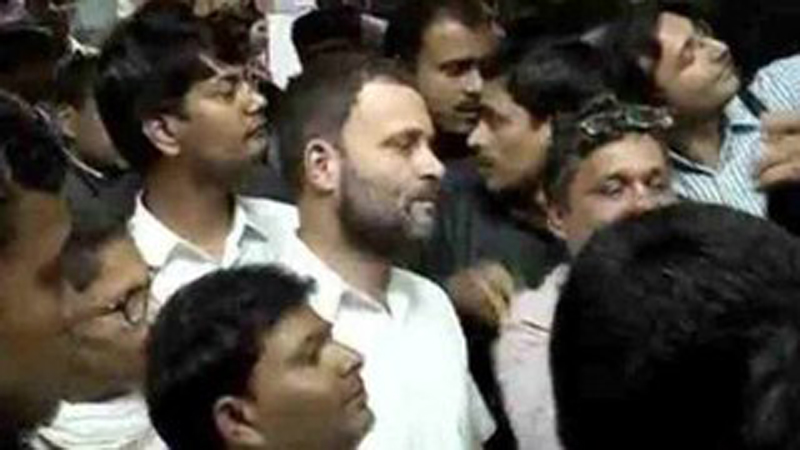 New Delhi, 11 Nov 2016 : Congress Vice President Rahul Gandhi on Friday took people by surprise when he arrived at an SBI bank on Parliament Street here and stood in a queue to get the demonetized currency notes exchanged.

Gandhi also criticized the bank authorities for abolishing the queue as soon as he became a part of it.

“I want to stand in the queue…people are suffering, neither Prime Minister Narendra Modi nor owners of big media houses would understand it,” he angrily told mediapersons, who wanted to enquire about his move to come to the bank to get the notes exchanged.

Banks have enough cash for exchange of demonetised notes: RBI