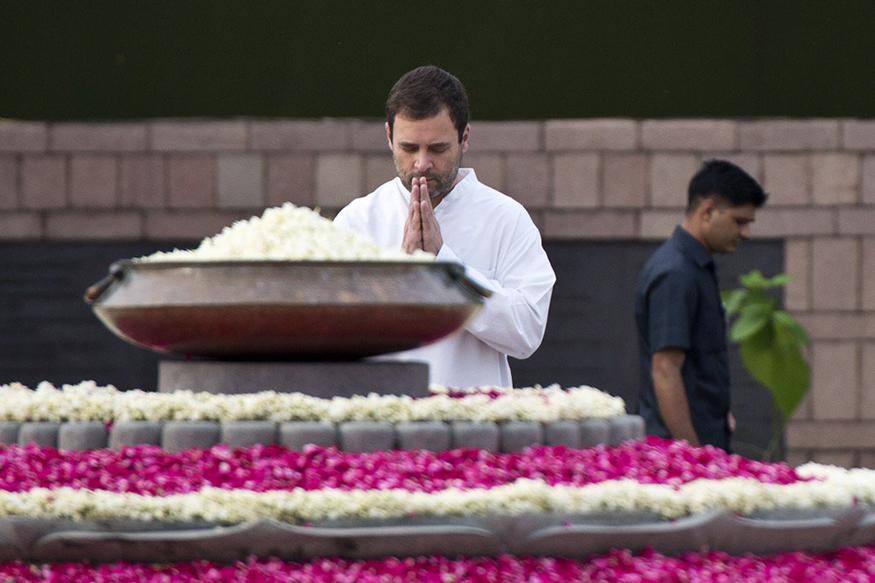 New Delhi: The nation today rememberedformer Prime Minister Rajiv Gandhi on his 72nd birth anniversary with President Pranab Mukherjee and other leaders paying tributes to him at his memorial even as Congress President Sonia Gandhi kept away due to health reasons. While Sonia’s son and party Vice President Rahul Gandhi paid floral tributes at Vir Bhumi, the memorial of Rajiv Gandhi, daughter Priyanka and her husband Robert Vadra also skipped the prayer meeting. “Remembering Rajivji today. His vision, his values & his deep commitment to the people remain our inspiration,” Rahul Gandhi tweeted. Mukherjee, Vice President Hamid Ansari, former Prime Minister Manmohan Singh, Delhi Pradesh Congress Committee (DPCC) president Ajay Maken, senior party leaders Anand Sharma, Motilal Vohra and Bhupinder Singh Hooda were among those who paid homage at the samadhi. Sonia Gandhi was yesterday discharged from the Sir Ganga Ram Hospital here after successfully undergoing a minor procedure. Rajiv Gandhi, who heralded the information and communication technology revolution in the country, was born on August 20, 1944 and served as Prime Minister from 1984 to 1989.