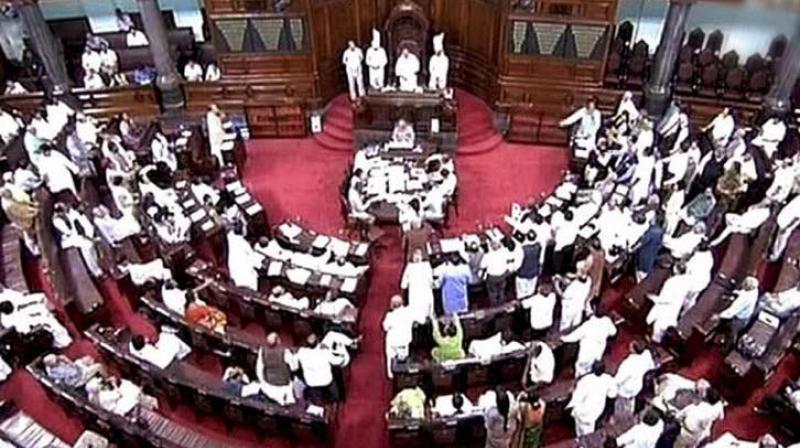 New Delhi, 1 Dec 2016 : The Rajya Sabha was adjourned for the day on Thursday amid opposition pandemonium over its demand for an apology from Prime Minister Narendra Modi to the house for his alleged remarks against them outside Parliament.

When the house reassembled at 2 p.m., Deputy Speaker P.J. Kurien tried to convince the agitating opposition members to continue the discussion on the November 8 demonetisation.

But the Opposition led by the Congress trooped near the Chair’s podium to demand Modi’s apology.

The Prime Minister was present in the house at the time.

Kurien said: “This is unfair. Your demand was that the Prime Minister should come to the house. Now he is here. You continue the discussion.”

Amid the din, Kurien adjourned the house for the day.

Earlier, when the house met for the day, Chairman Hamid Ansari urged the members to resume the demonetisation discussion but the agitating members continued to voice their demand for an apology. The Chairman adjourned the upper house for 15 minutes.

When the house reassembled the situation was no different. Ansari then adjourned it till 2 p.m.

When the Prime Minister entered the house before the adjournment, Leader of Opposition Ghulam Nabi Azad sought an apology from him for allegedly projecting the Opposition as “supporters of black money”.

Azad was supported by Derek O’Brien of the Trinamool Congress (TMC).