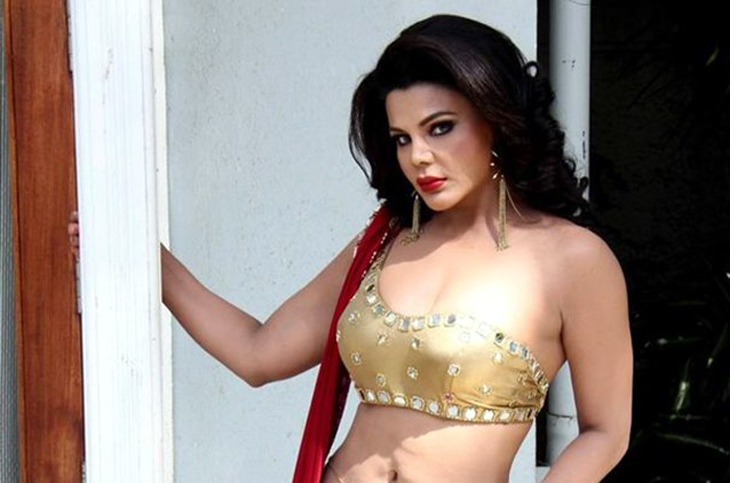 New Delhi, 4 April 2017 : The Queen of controversy Rakhi Sawant, today, was arrested by the Punjab Police in connection with the case filed against her for making derogatory remarks on sage Valmiki, who wrote the mythological Hindu epic ‘ Ramayana’.

When asked on the same, Rakhi, who is now been taken to Ludhiana for further proceedings, confirmed the news and said that she is co-operating with police.

Earlier on March 9, a local court in Ludhiana issued an arrest warrant against her for allegedly making inflammatory remarks against the sage, which has allegedly hurt religious sentiments of the Valmiki Community.

However, denying the charges against her, Rakhi told ANI yesterday, unlike Salman Khan, she is an innocent person, who believes in doing social work.

“I am not Salman Khan, I am Rakhi Sawant. You won’t get anything by putting charges on me. I am a simple girl who does social work and work in movies,” she told ANI here, donning a fluorescent ‘ Being Human’ t-shirt.

While speaking about the controversy created in the name of Valmiki, the 38-year-old actress said that she used the example of Valmiki’s change of soul to explain the change in her friend and singer Mika Singh, when he was accused in an assault case.

“I just gave an example from what I have read in my childhood. Just like Valmiki, who got changed from being a robber to a saint, Mika ji also has changed. It was just an example,” she said.

During the conversation, she even seeked apology, if at all her words have hurt the sentiment of the Valmiki Community, I want to apologise to all the Valmiki community brothers and sisters, if I have hurt their sentiment. But this wasn’t my intention.”