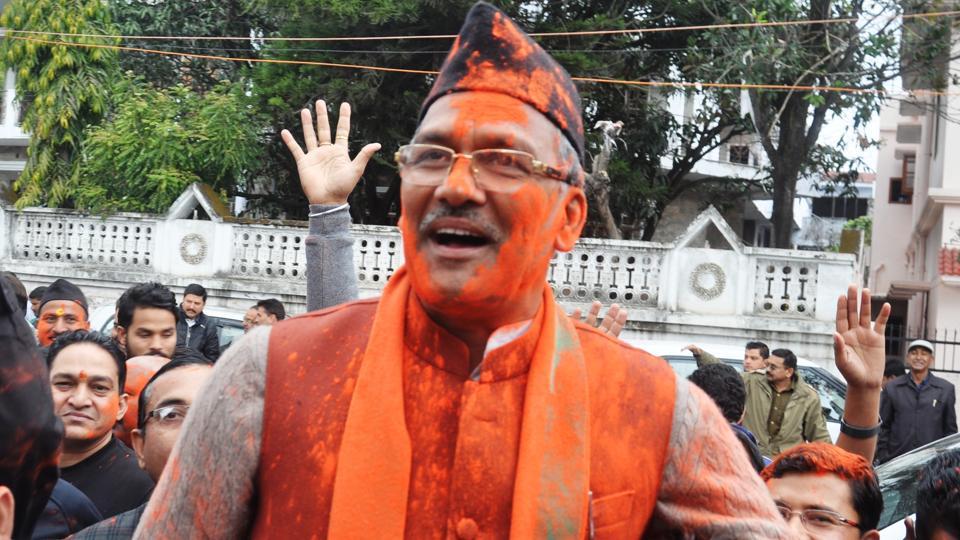 New Delhi, 17 March : Former state Bharatiya Janata Party chief Trivendra Singh Rawat will be sworn in as the new chief minister of Uttarakhand on Saturday, after he was formally elected the BJP’s legislature party leader by party MLAs on Friday.

Rawat, an organisational man of the BJP in Uttarakhand and party in-charge in Jharkhand, won his traditional Doiwala seat by defeating Congress’ Hira Singh Bisht by over 24,000 votes.

Rawat was in close touch with Prime Minister Narendra Modi when the latter was a General Secretary of the BJP and in-charge of Uttarakhand.

During the 2014 Lok Sabha election, Rawat was attached with Amit Shah in Uttar Pradesh where the BJP swept all but seven seats. He is also credited with the BJP’s win in Jharkhand.

The newly elected BJP legislators in Uttarakhand would meet on Friday evening in Dehradun to elect their leader in the presence of central observers Saroj Pandey and Narendra Tomar.

Uttarakhand BJP chief Ajay Bhatt has said the oath taking event has been fixed for 3 pm on Saturday.

All the 57 newly elected legislators of the BJP have been asked to come to the state capital.

The BJP has swept back to power in the hill state after five years, that too with a landslide majority.

Modi and Shah along with select central ministers and senior BJP leaders are likely to be present at the oath taking.

Security arrangements are being made at the Parade Grounds, keeping in mind the VVIPs who will attend, an official said.

Besides Rawat, Satpal Maharaj and Prakash Pant were in the race for the Chief Minister’s post.

New BJP government in UP likely on Sunday