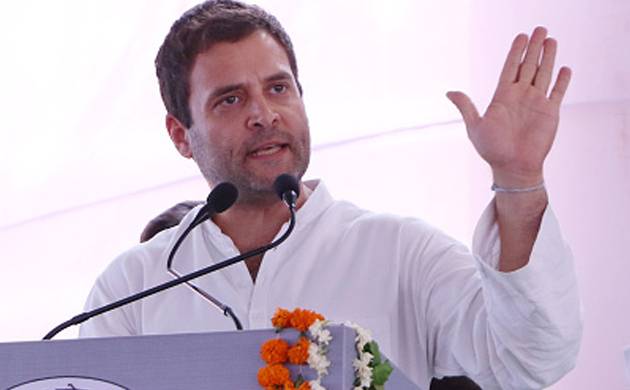 New Delhi, 20 Dec. 2016 : Taking another snipe at the Prime Minister over the constant stream of announcements and notifications post demonetisation, Congress vice president Rahul Gandhi on Tuesday said that the Reserve Bank of India (RBI) was changing the rules just like Prime Minister Narendra Modi changed his clothes throughout the day while addressing several rallies.

“RBI is changing rules like the PM changes his clothes,” he said in a tweet along with the link to an article talking about the different policies being announced by RBI and Finance Minister Arun Jaitley.

This is a fresh attack by Rahul on the Prime Minister after meeting him at the Parliament last week, to raise the plight of farmers who he met with during his tour of Uttar Pradesh and seeking loan waivers for them.

Meanwhile, echoing similar sentiments, senior Congress leader P. Chidambaram said that the citizens have no clue who to believe as both the RBI and Jaitley have zero credibility.

Taking to Twitter Chidambaram continued his attack on Centre, saying that the government was resorting to desperate measures.

“Breaking PM’s promise of Nov 8 and FM’s assurance of Nov 11, RBI makes new rule on deposit, FM contradicts. Who should citizen believe? Neither has credibility,” he tweeted.

The Reserve Bank of India on Monday announced that deposits in old notes of Rs. 500 and Rs. 1,000 exceeding Rs 5,000 would be allowed to be deposited only once till December 30.

However, Arun Jaitley clarifying over the confusion on reports, said there is no limit as such of Rs 5000 and any person can deposit any amount in the old currency, however, not repeatedly.

Questioning the government over its latest notification, Chidambaram tweeted as to why could not the people deposit old notes till December 30, as was promised by the government in the first instance.

“Old notes usable until Dec 15. Why can’t we deposit remaining notes until Dec 30 as notified?” he said.

Condemning the move of demonetisation, no where even near to the objective of curbing black money and corruption, Chidambaram said, “Hoarders have laundered their old notes. The poor and middle class left high and dry.”

After banning old 500 and 1,000-rupee notes on November 8th, the government had allowed all of the cash holdings with any person to be deposited in bank accounts till December 30. There was no limit on the quantity or value of the junked notes that could be deposited.

However, the government on December 17th issued a gazette notification putting restrictions on deposits henceforth.