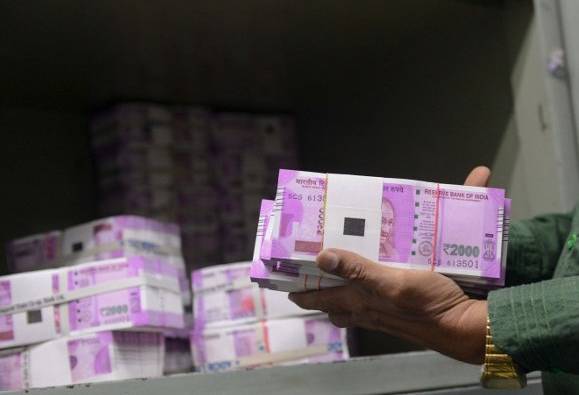 Panaji, 7 Dec 2016 : Two persons were detained on Wednesday with Rs 70 lakh in the new currency notes of Rs 2,000 denomination even as Rs 1.5 crore in the new notes has been seized across the state in the last 24 hours, police said.

Superintendent of Police Karthik Kashyap told reporters that that two persons identified as Ramesh Narvekar and Siddhu have been detained on a tip-off, after they were caught by the police ferrying the cash on a scooter in the jurisdiction of the Porvorim police station in North Goa.

“The Income Tax Department has been informed and further source of new currency is being assessed by them. The duo has been detained and is being questioned,” he said.

Kashyap also said that another raid conducted by the Crime Branch early on Wednesday had netted Rs 35 lakh in the new Rs 2,000 denomination notes in South Goa’s Ponda area.

Elections are fought and will be fought with black money : Farooq Abdullah