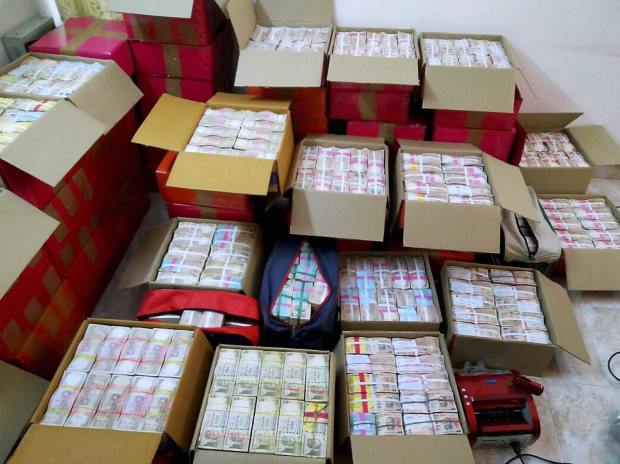 “We have seized cash valued at Rs 24 crore in Vellore. The raid continues,” the IT official told.

According to him, the seized cash will be deposited with the Reserve Bank of India.

This is the third day of the IT raids on three businessmen J. Shekhar Reddy, Srinivasalu and Prem — that started on December 8.

The big fish is said to be Reddy, from whose car the money was seized, who is a contractor and has executed works for Tamil Nadu government.

He was also a Board Member of the Tirumala Tirupati Devasthanam (TTD). On Saturday the Andhra Pradesh government removed him from that post following the raids and cash/gold seizure.

Kohli guides India to 348/6 after wobble