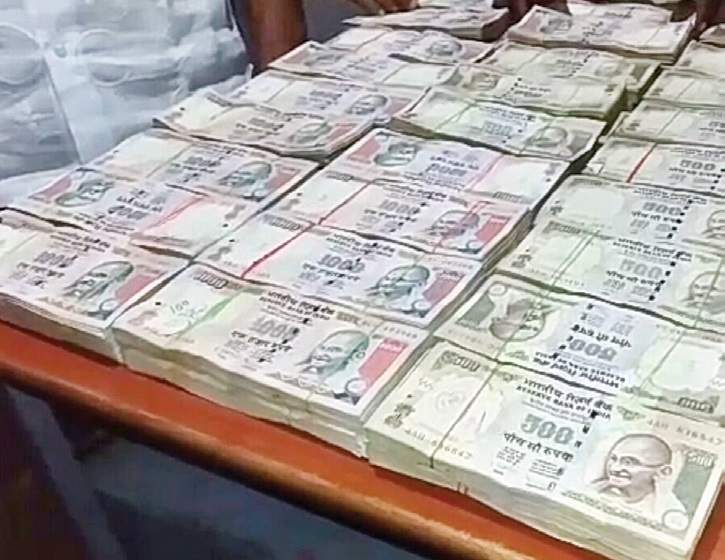 “I had kept thinking it would come in handy during my regular business transactions. But suddenly on November 8, these notes were demonetised. I am ready to face any consequences in this regard,” Minister for Cooperatives Subhash Deshmukh told a private news channel.

The stashed cash in the old currency was seized from a private vehicle owned by Deshmukh-controlled NGO, Lok Mangal Group of Solapur, shocking people at large.

Confirming the seizure late on Thursday, Osmanabad Collector Prashant Narnaware told the media that the money was detected during a routine check of vehicles by a district election flying squad near Umarga town.

The vehicle was impounded and the seized cash promptly deposited in the local district treasury pending investigation.

Earlier, a Lok Mangal Group staffer claimed the cash belonged to the Lok Mangal Bank and was reportedly intended for payments to employees of the group’s sugar factory.

But barely a day later, Deshmukh has admitted the cash was his and said that it was not illegal or intended for use during the elections.

The Congress and the Nationalist Congress Party have demanded Deshmukh’s sacking from the cabinet.

Congress spokesperson Sachin Sawant said the Income Tax should probe the financial transactions of all BJP leaders during the past six months.

“The decision to ban Rs 500 and Rs 1,000 notes was selectively leaked to senior BJP leaders and industrialises is already known,” Sawant said.

“We demand the IT department should search the offices and residences of all BJP politicians and Chief Minister Devendra Fadnavis must dismiss Deshmukh from the cabinet,” Malik said.

District officials said they had told the police and income tax authorities to conduct a thorough investigation in view of the upcoming civic elections and the ongoing cash shortage in the country.

They made it clear that if the group failed to justify the possession of the huge amount in the banned currency, they could face prosecution under the relevant laws.