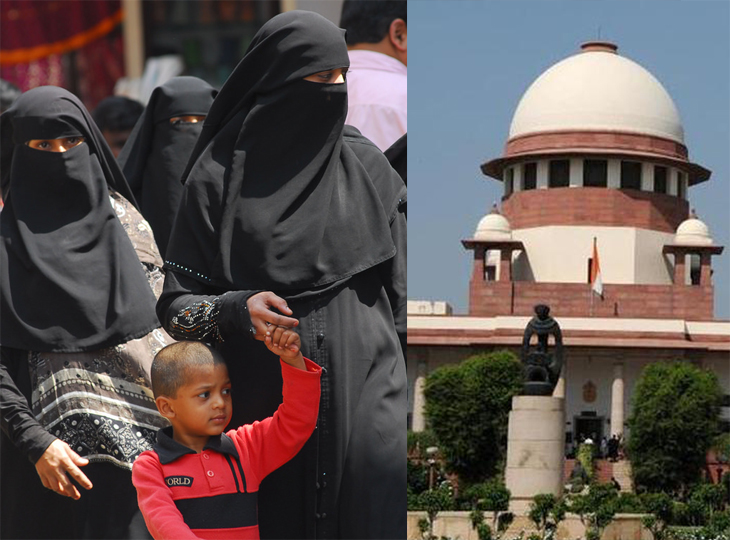 New Delhi, 18 May 2017 : The Supreme Court on Thursday concluded hearing in the triple talaq issue and reserved its verdict even as the All India Muslim Personal Law Board said it has decided to issue an advisory to Qazis to give an option to Muslim women to opt out of instant triple talaq before giving consent for nikaah.

The court was told that the AIMPLB would file an affidavit stating its decision and include a copy of the model Nikaah Nama.

The AIMPLB decision comes a day after the top court asked it to consider giving an option to Muslim women to deny prospective husbands the option of triple talaq. The court permitted AIMPLB to file its affidavit.

The matter is rooted in an October 16, 2015, order of the top court by which it had directed the separate listing of a PIL addressing the question of the rights of Muslim women.

Addressing the constitution bench, AIMPLB’s senior counsel Kapil Sibal said he had a meeting with the Board members on Wednesday (May 17) and they have decided to issue an advisory to all the Qazis across the country.

That the bride has opted out of triple talaq would be recorded in the Nikaah Nama, the court was told.

With the Centre linking the issue of triple talaq with that of constitutional morality, AIMPLB wondered why was the Centre shying away from enacting a law to curb the practice by taking recourse to Article 25(2)(b) of the Constitution that permits enactment of a law invoking social reforms.

Article 25 guarantees the freedom of conscience and free profession, practice and propagation of religion.

Taking a dig at the Centre for telling the court that it should first rule against triple talaq and other forms of talaq and then it would enact a law to set it in, Sibal said: “You (Centre) can’t say that I will not bring a law, you (court) decide the matter.”

Let them enact a law to deal with triple talaq, only then its constitutionality would be tested by the top court, AIMPLB said.

As various petitioners raised questions about the sources of customs and practices, Sibal urged the court not to venture in this area as it was slippery.

“Testing the validity of customs and practices is a slippery slope,” Sibal said.

In his rejoinder arguments while saying that “what was sinful in theology, can’t be good in law”, senior counsel Salman Khurshid said that he differed with the AIMPLB saying that Islam suffered from patriarchy.

He said that Islam recognised both men and women as equal and unlike Christianity where it is women who take the blame, in Islam both husband and wife are held equally responsible.

While saying that AIMPLB was a body of standing having eminent and scholarly people on it, Khurshid who is assisting the court differed with the Attorney General that the court should rule against all forms of talaq under Shariat before a law is enacted.

He also differed with AIMPLB which has contended that though sinful and undesirable triple talaq was a matter of faith for Muslims.

Contesting AIMPLB’s claim to be a representative voice of the Muslim community, senior counsel Anand Grover said that Talaq-i-bidat was not an essential part of the Sunni Muslim faith, thus it has been changed in several Sunni-majority countries.

Citing the prevailing conditions where Muslim women were protesting against instant triple talaq, Grover appearing for the Bharatiya Muslim Mahila Andolan’s co-founder Zakia Suman, questioned the AIMPLB’s claim that they are discouraging the practice of triple talaq amongst Muslims.

Appearing for another petitioner Sharaya Bano, senior counsel Amit Singh Chadha brushed aside AIMPLB’s contention that though sinful triple talaq was a matter of faith for the Muslims.

“It is not only not an essential part of Muslim religion, it is not a part of religion at all. On the contrary, it is deprecated by Islam,” Chadha told the court.