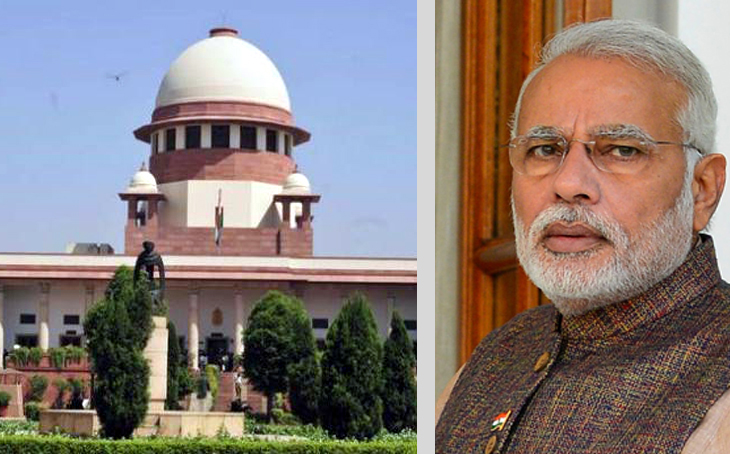 New Delhi, 11 Jan 2017 : In a breather to Prime Minister Narendra Modi, the Supreme Court on Wednesday rejected a plea for probing the alleged payoffs by the Birla-Sahara groups when he was the Gujarat Chief Minister.

Rejecting the plea by NGO Common Cause, the bench of Justice Arun Mishra and Justice Amitava Roy said that the evidence produced for seeking filing of an FIR against the Prime Minister and other political functionaries, including government officials, is not admissible.

“If we were to order investigation on the basis of material with no evidentiary value, it would be difficult for constitutional functionaries to function, which would not be safe for the democracy,” the court observed.

“Given the shape in which these documents have been collected and filed, we are of the opinion that it would not be safe and proper to order investigation”, the court said in its order while weighing the evidence placed before it in the context of earlier judgments of the apex court, including that of the Constitution Bench.