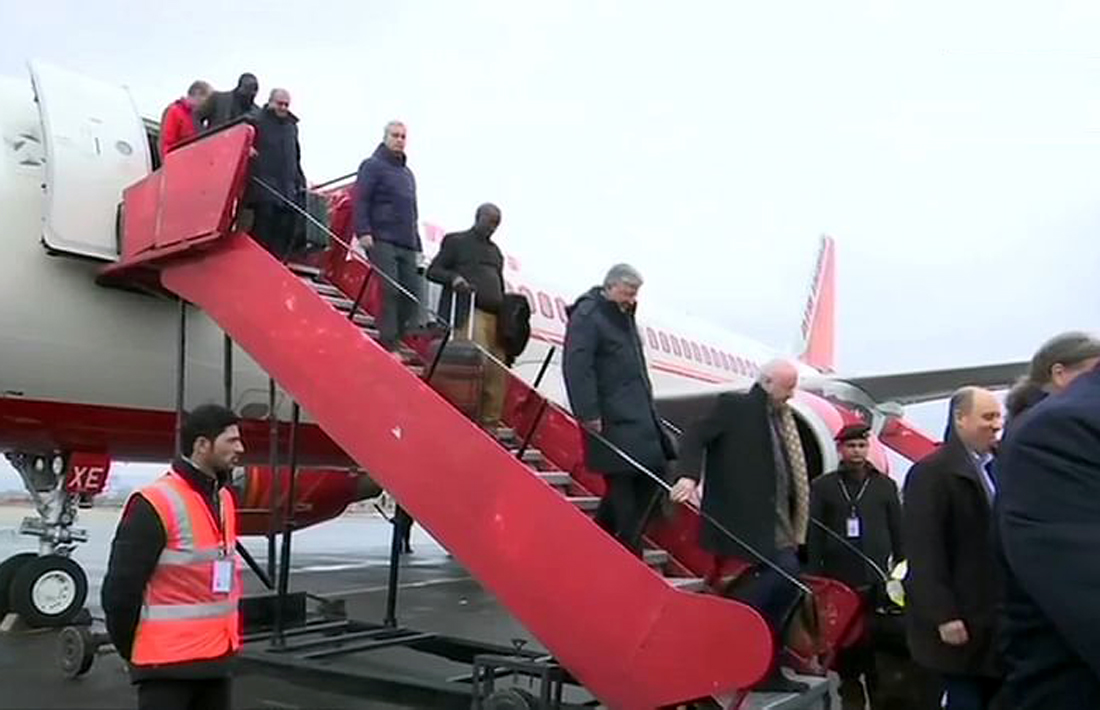 Srinagar, 12 Feb : More than 20 foreign envoys began their two-day Jammu and Kashmir visit on Wednesday with a Shikara ride in the iconic Dal lake in Srinagar.

The second batch of foreign envoys will visit Jammu and Kashmir on Wednesday. The visit comes a month after a delegation of ambassadors visited the Union Territory last month. The diplomats belonging to the European Union including Germany, France, Czech Republic, Poland, Bulgaria and Hungary will be in Srinagar for a day on Wednesday and in Jammu on Thursday.

Sources say the delegation will be briefed about the security situation in Kashmir by top army commanders. The foreign delegation is also likely to meet business representatives and others during its stay in Srinagar and Jammu. In Jammu, the envoys will meet Lt. Governor G.C Murmu.

The visit also comes days after the stringent Public Safety Act (PSA) was slapped on former Jammu and Kashmir chief ministers – Omar Abdullah and Mehbooba Mufti. Security has been beefed up in Srinagar and the areas around the hotel where the delegation of foreign envoys will be staying. 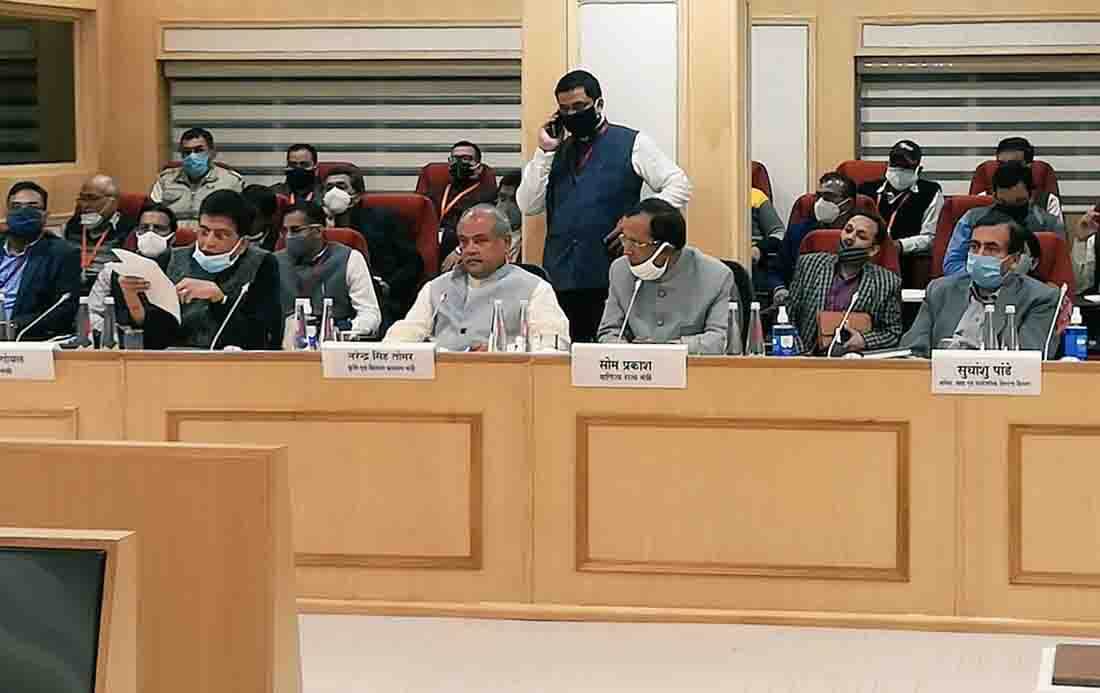 New Delhi, 5 December: The fifth round of talks between the central government and more than 40 farmer leaders of more than 32 farmer unions was inconclusive here on Saturday with indications of resolution of farmers’ demands and grievances. Farmers’ Jatbandis told that India will be closed on 8 December.

A clear signal of resentment was witnessed even after the first two hours of discussion as the fifth round of talks between government and farmers got underway on Saturday when 40 representatives of different unions from Punjab and Haryana took a ‘langar lunch’ outside the venue dismissing invitation to the meal offered by the central government representative once again. 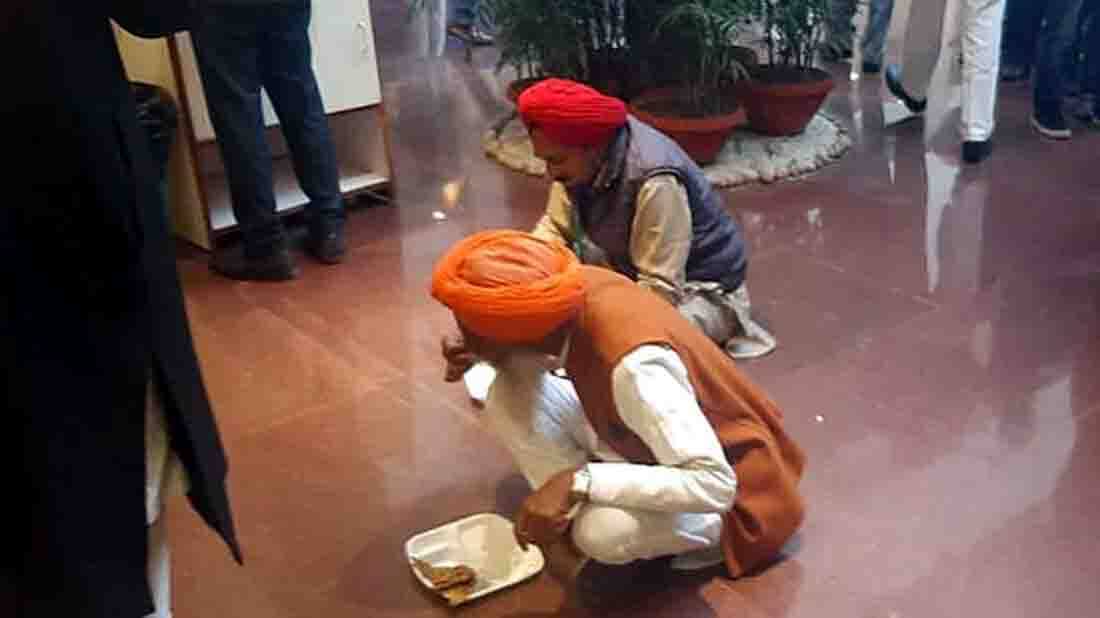 New Delhi, 3 Dec : Farmers’ representatives, participating in the fourth round of talks with the government over their charter of demands, refused to partake of the lunch provided by the Centre, preferring to eat the food brought by their supporters. 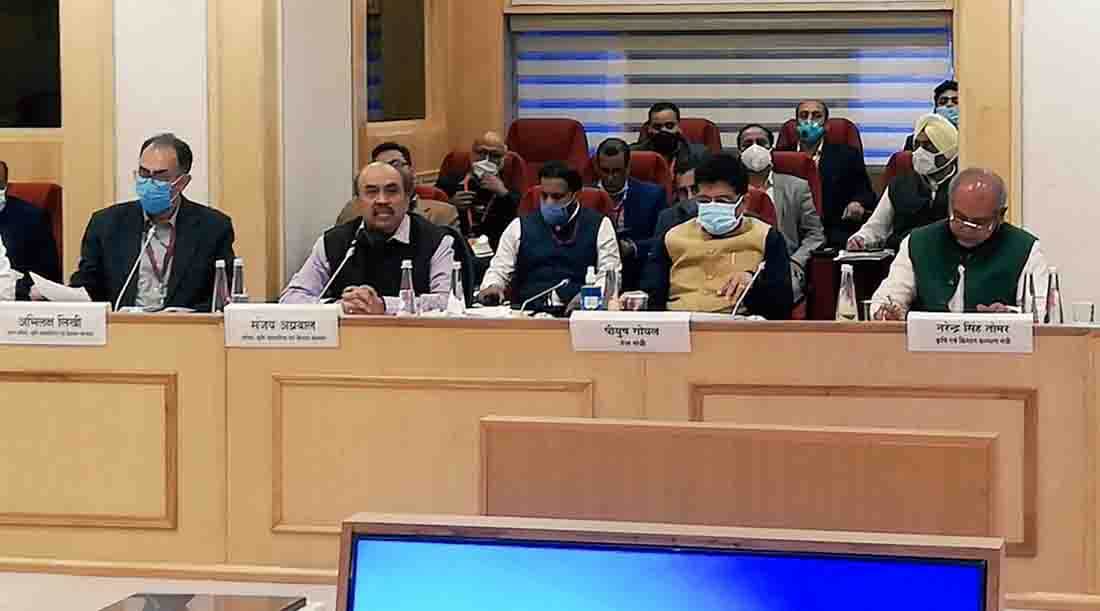 New Delhi, 3 Dec : A group of more than 34 farmer leaders put out a five-point set of demands that seeks to frame a specific law on Minimum Support Price (MSP) and end the punishment provision for stubble burning, during the fourth round of talks with the Central government here on Thursday.

In the written five-point set of demands, one of the key demands is the repeal of three contentious farm laws passed in September during the Monsoon Session of Parliament. It also raises objections about the upcoming Electricity (Amendment) Act, 2020. The farmers emphasised that the provision to register a case for stubble burning should be ended, and asked why the government wasn’t ready to give them “written assurance” on MSP despite its earlier statements that MSP will continue.

The farmer union representatives emphasised that a new law on MSP be framed in a special session of Parliament, demanding that it must guarantee them MSP not only now but in the future as well. The farmer leaders said: “Let us assume that MSP will continue but the procurement would stop. The MSP will have no meaning then”.

The farmer union representatives said that the government says the three farm laws were brought in with the the interests of farmers in mind. However, they had never kept these in mind. They said that the farm laws have been passed to benefit big business and corporate houses. Giving an example of sugarcane procurement, the farmers’ organisations objected to contract farming and pointed out its drawbacks.

The 5-point set of demands came two hours after the ongoing meeting which started around 12.30 p.m. at Vigyan Bhawan in presence of the Centre’s representatives: Agriculture Minister Narendra Singh Tomar and Consumer Affairs, Food and Public Distribution Minister Piyush Goyal.