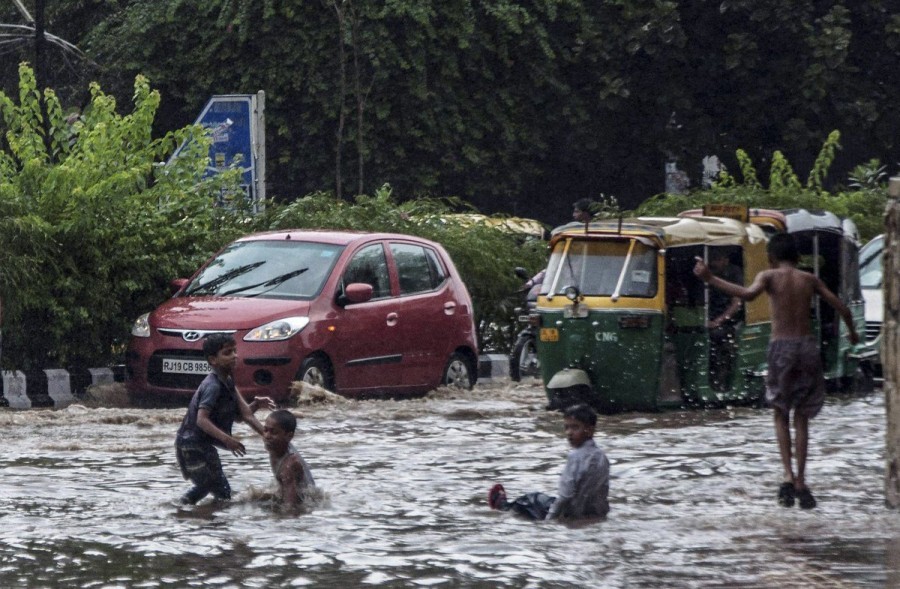 The downpour brought the life in the city and outskirts to a standstill. Low-lying areas were inundated while traffic was thrown out of gear.

As many as four children were among those killed in the incidents of wall or house collapse.

Rajnath to visit Kashmir on Wednesday