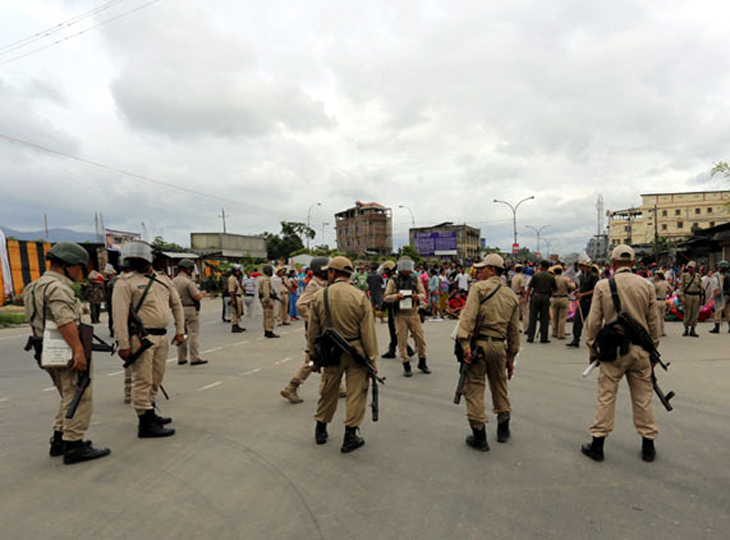 Imphal, 24 Feb 2017 : The insurgent groups in Manipur have called for a shutdown in the state on Saturday when Prime Minister Narendra Modi campaigns here for the upcoming assembly election, a statement said.

Late on Thursday night, the Coordinating Committee (Corcom) that constitutes of six insurgent groups, in a communique said that the blockade would start at 6 a.m. on February 25 and would be in place till Modi leaves the state capital here.

The police said that security measures were beefed up to ensure that there was no law and order problem during the one-hour visit of the Prime Minister.

The Corcom statement also levelled serious charges against the Centre, including driving a wedge between the communities who have lived in peace and harmony for generations.

Members of public were asked not to venture out during the “curfew”. However media and those in essential services were exempted.

The established insurgent groups in Manipur have always boycotted visits of the central dignitaries, an official said.

Police said: “During such public curfew people usually stayed indoors and did not stick out their necks.”

There was always a thin attendance in such public functions. There were also stray violent incidents to drive home the message that the “boycott call” should not be taken lightly, the official added.

The ruling Congress party has demanded that during his visit, Modi should spell out the details of the framework agreement that New Delhi had signed with the Nationalist Socialist Council of Nagaland Isak-Muivah (NSCN-IM) in 2015.

Students and women activists also demanded the disclosure of details of the agreement.