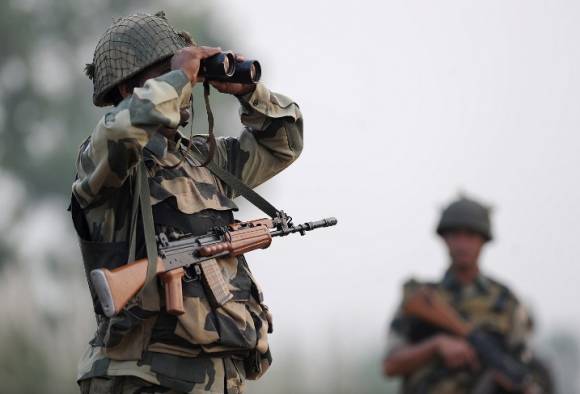 Srinagar/Jammu 27 October, 2016 : An Indian soldier and a BSF trooper were killed in separate incidents in north Kashmir and on the international border in Jammu district on Thursday.

A soldier was killed and another injured in Kupwara district during an infiltration bid from across the Line of Control (LoC), a senior official said.

In a separate incident, a BSF trooper was killed and another injured, along with seven civilians, in shelling by Pakistan Rangers in Abdullian area of R.S. Pura Sector in Jammu district.

“One soldier was martyred and another injured when alert troops challenged a group of heavily armed terrorists on the LoC in Tangdhar sector,” said Colonel Rajesh Kalia, spokesperson of the Army’s Srinagar-headquartered 15 Corps.

He said the operation is still going on. The injured soldier has been shifted to hospital for treatment.

Later, a defence spokesman said in Jammu that the Pakistan Army fired on Indian defence positions on the LoC in Krishna Ghati Sector of Poonch district on Thursday evening.

“The Pakistan army violated ceasefire in the KG Sector from 5.10 p.m. today (Thursday) by using small arms, automatic weapons and 82 mm mortars. Our troops are responding in a befitting manner. There were no reports of any casualties to our troops when last reports came in.”

China warns that boycott of its goods will hurt ties, investments with India