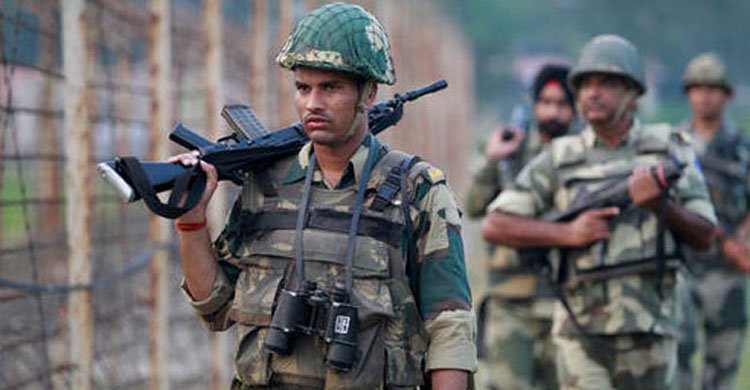 Srinagar, 08 Nov 2016 ; An Indian soldier was killed and two others were injured on Tuesday in heavy firing by Pakistan along the de facto border in Jammu and Kashmir, officials said. The Indian Army said it retaliated the firing and inflicted “heavy damage” on Pakistani posts in the Naushera sector of the Line of Control (LoC) – the de facto border that divides Jammu and Kashmir between the two countries.
“Heavy damage to Pakistan Army posts. Exchange of fire continues. Own one Jawan fatal in Naushehra Sector,” the Northern Command of the Indian Army said in a tweet.

India alleges that Pakistan has committed over 100 violations of a 2003 ceasefire since the surgical strikes that the Indian Army carried out on terror launch pads in September.

On Tuesday, Pakistan also fired heavy mortar shells at Indian positions at other border sectors in Rajouri and Poonch districts.

“Our troops are adequately responding. Shelling and firing exchanges are still going on in the area,” he said.