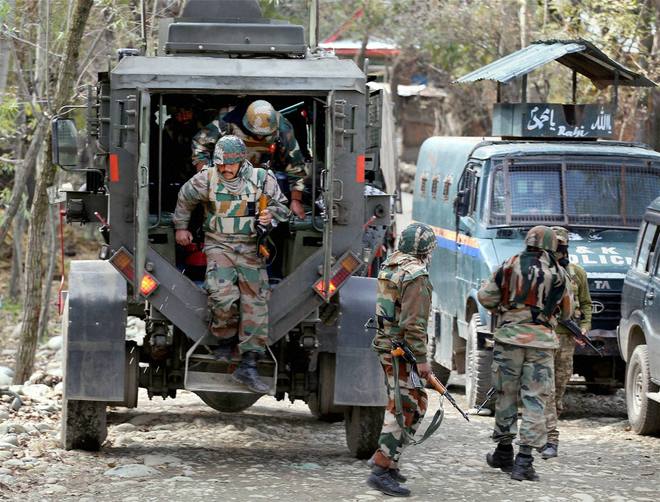 Srinagar, 25 Nov 2016 : A soldier and two militants were killed in Kashmir on Friday in a brief gunfight, police said.

The police said troops of the 13 Rashtriya Rifles and special operations group surrounded Manzpora village in Bandipoora district, following an information about the militant presence.

“With the break of dawn, the flushing out operation was started when the hiding militants opened indiscriminate fire causing critical injuries to a soldier, who later succumbed,” a senior police officer said.

Exchange of fire was stopped in the area, but a combing operation was on.

In a separate operation in Tujjar village of Baramulla district, security forces surrounded a house where a local militant was in.

“After persuasion, the militant surrendered before the security forces. A pistol has been recovered from him,” the police said.

Critics upset as they were tripped by demonetisation: Modi