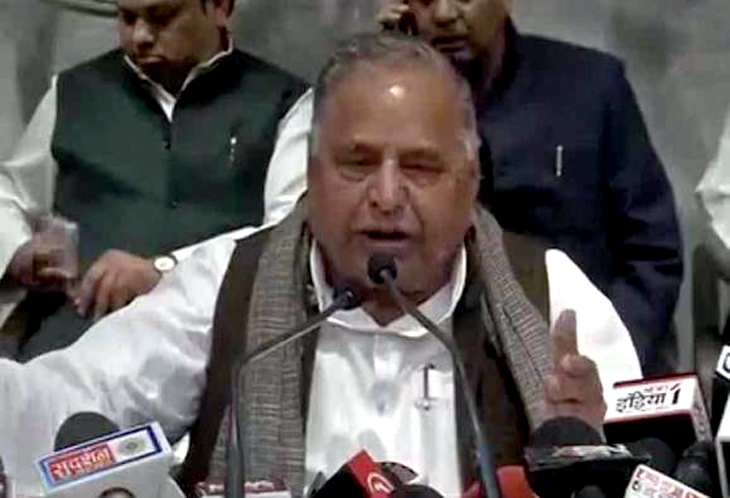 lucknow, 28 Dec 2016 : In a swift development, the ruling Samajwadi Party on Wednesday made public a list of 325 candidates for in Uttar Pradesh assembly elections early next year, saying the remaining 78 candidates would be announced later.

What is likely to trigger a fresh round of feud in the party is the fact that 53 sitting legislators have been denied tickets. They include senior minister and close Akhilesh Yadav aide Arvind Singh ‘Gop’, whose ticket has been given to Rakesh Verma, son of senior party leader Beni Prasad Verma.

Ayodhya legislator and a close aide of Akhilesh Yadav, Pawan Pandey, has also also been denied a ticket, while 176 incumbent legislators have been re-nominated. Party leaders informed that a staggering 4,200 persons had applied for party tickets.

Mulayam Singh Yadav did not speak of a prospective alliance for the polls.
The Samajwadi Party has 224 seats in the present assembly.