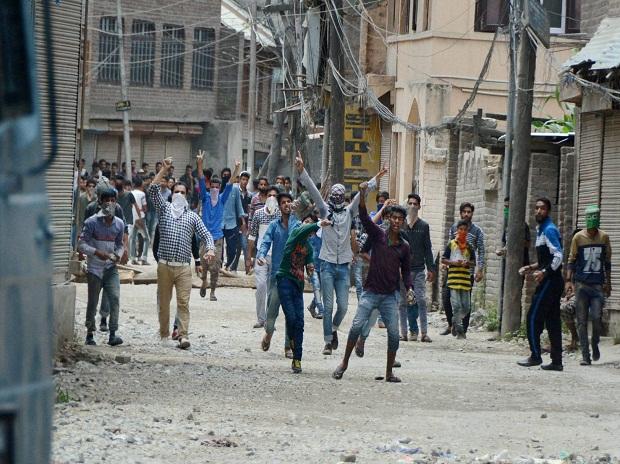 Srinagar, Aug 31 : After two days of relative peace, a teenager was killed in firing by security forces on Wednesday as more violent clashes erupted in the Kashmir Valley, officials and witnesses said.
They said Danish Ahmed, 18, was killed after he sustained injuries in a battle between stone-pelting protesters and the security forces in north Kashmir’s Baramulla district.

A police spokesperson said an unruly mob attacked the security forces with stones at Nadihal village. The security forces opened fire as protesters refused to disperse after tear smoke shells and pellets were fired at them.

Ahmed sustained critical injuries and was moved to a hospital for treatment where he succumbed, the spokesperson said.

The death took the toll in the ongoing unrest to 72 — including 70 civilians and two policemen.

MOre than 11,000 people — 7,000 civilians and 4,000 security persons — have been injured in the ongoing cycle of violence that started on July 9, a day after Hizbul Mujahideen commander Burhan Wani was killed by security forces.

The authorities lifted curfew from much of the valley on Monday after some semblance of normalcy. Minor clashes on erupted at many places on Monday and Tuesday.

As the news of the teenager’s death in Baramulla spread, security restrictions returned as many angry youth came out on roads to protest.Official sources said curfew was reimposed in parts of Baramulla and nearby Sopore town.

14 killed in the Philippines blast