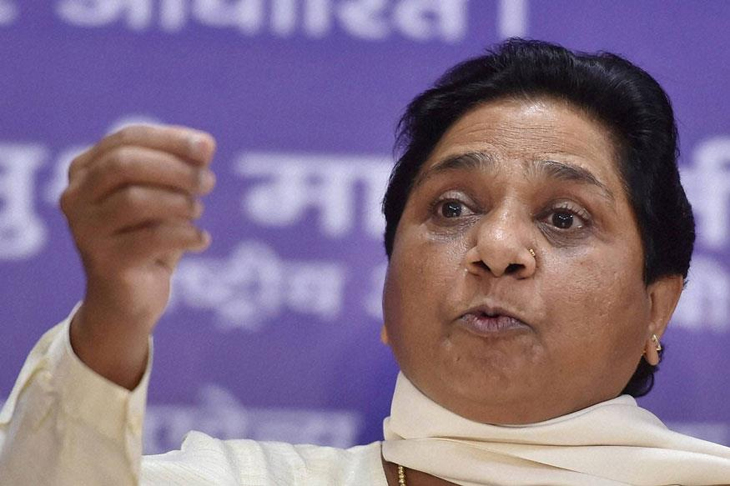 She demanded to know why Modi was scared of facing the opposition in Parliament.

“The people of the country and the entire opposition is seeking answers but the Prime Minister seems to be unable to gather courage and face those questions,” she told the media.

“He is trying to defend the decision outside the House but inside he is deputing others to answer for him,” Mayawati said.

The Bahujan Samaj Party chief said Modi’s failure to face the opposition in the house was an indication “something being wrong”.

“If he has done it (demonetisation) for the sake of the people, if he has done a good job, for curbing black money, then why is the Prime Minister scared?

Accusing the Modi government of being dictatorial, Mayawati said the President should immediately summon Modi.

“The President should also set a time frame for the Prime Minister within which he has to sort out the miseries of the people,” she said.

Referring to the repeated ceasefire by Pakistan and the killing of three soldiers in Jammu and Kashmir, Mayawati said the country’s borders were not secure under the Modi regime.

“When the BJP was not in power it used to talk a lot about how they will secure the borders if they came to power.

“Now it has been more than two years that they have been in power and I want to ask the Prime Minister, are the borders secure?

“Can the Prime Minister say that our borders are secure. Even yesterday (Tuesday) three of our soldiers were martyred in Kashmir,” she said.

Mayawati also alleged that the Samajwadi Party government in Uttar Pradesh was acting under pressure from the Centre.

“Instead of helping the people of the state in their miseries brought by demonetisation, the state government is inflicting more agony on them. Police are raining blows on people queuing up at ATMs and banks to withdraw their own money.

“Police have resorted to baton charge in many places including Agra and Fatehpur. The SP government instead of supporting the common people of the state is working under the pressure of the central government.”

Jaitley was unware of demonetisation: Rahul